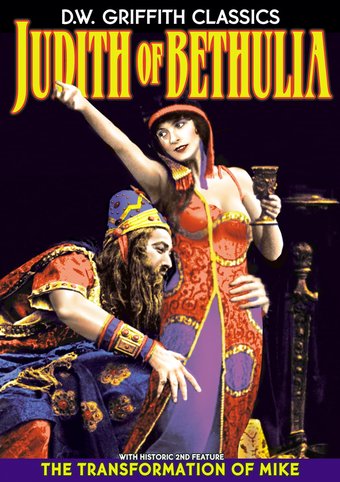 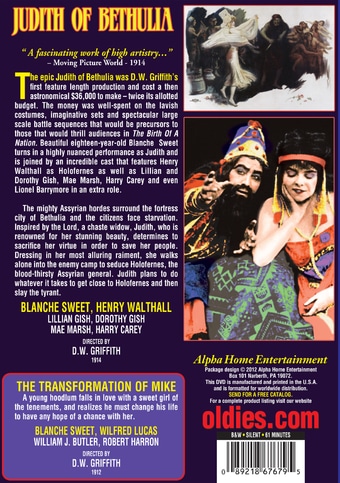 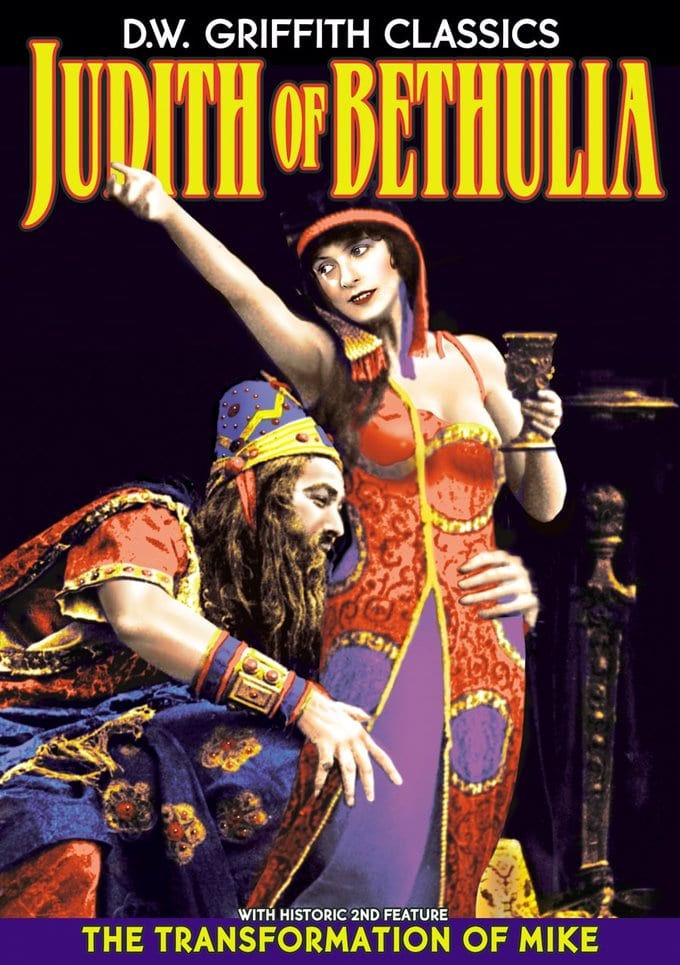 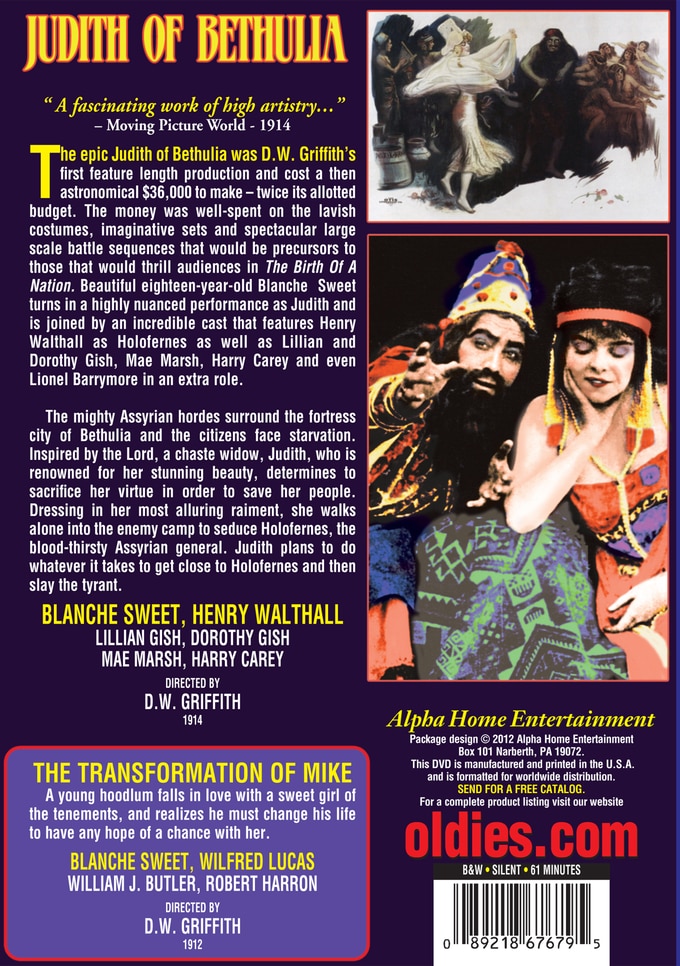 Judith of Bethulia (1914, B&W, Silent): The epic Judith of Bethulia was D.W. Griffith's first feature length production and cost a then astronomical $36,000 to make - twice its allotted budget. The money was well-spent on the lavish costumes, imaginative sets and spectacular large scale battle sequences that would be precursors to those that would thrill audiences in The Birth Of A Nation. Beautiful eighteen-year-old Blanche Sweet turns in a highly nuanced performance as Judith and is joined by an incredible cast that features Henry Walthall as Holofernes as well as Lillian and Dorothy Gish, Mae Marsh, Harry Carey and even Lionel Barrymore in an extra role.

The mighty Assyrian hordes surround the fortress city of Bethulia and the citizens face starvation. Inspired by the Lord, a chaste widow, Judith, who is renowned for her stunning beauty, determines to sacrifice her virtue in order to save her people. Dressing in her most alluring raiment, she walks alone into the enemy camp to seduce Holofernes, the blood-thirsty Assyrian general. Judith plans to do whatever it takes to get close to Holofernes and then slay the tyrant.

The Transformation of Mike (1912, B&W, Silent): A young hoodlum falls in love with a sweet girl of the tenements, and realizes he must change his life to have any hope of a chance with her. Stars Blanche Sweet, Wilfred Lucas, William J. Butler, Robert Harron; Directed by D.W. Griffith.

Epic
This product is made-on-demand by the manufacturer using DVD-R recordable media. Almost all DVD players can play DVD-Rs (except for some older models made before 2000) - please consult your owner's manual for formats compatible with your player. These DVD-Rs may not play on all computers or DVD player/recorders. To address this, the manufacturer recommends viewing this product on a DVD player that does not have recording capability.