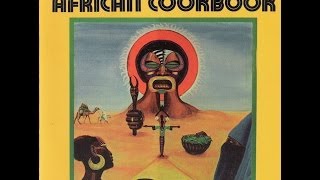 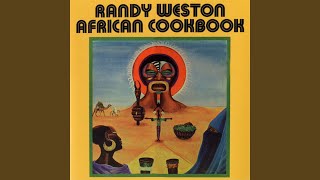 Originally released on Weston's Bakton label in 1972, and issued on CD by Atlantic in 1999, this recording features Randy Weston on piano backed by Booker Ervin on tenor sax, Ray Copeland on trumpet, Vishnu Wood on bass, Lenny McBrowne on drums, and Sir Harold Murray on percussion.

Personnel includes: Randy Weston (piano); Booker Ervin (tenor saxophone); Ray Copeland (trumpet).
All tracks have been digitally remastered using HDCD technology.
Personnel: Randy Weston (piano, celesta); Big Black (vocals); Booker Ervin (tenor saxophone); Ray Copeland (trumpet, flugelhorn); Lenny McBrowne, Vishnu Wood (bass instrument); Harrold Murray (percussion).
This fine, long out-of-print album by jazz pianist/composer Randy Weston is available again. Long one of jazz best (and most underrated) composers, Weston was one of the first American jazz musicians to investigate and embrace the African influences in jazz. (He lived in Africa for a time in the 1970s.) A spare yet melodic, Thelonious Monk-influenced pianist, Weston led a great band in 1964--when AFRICAN COOKBOOK was recorded--featuring the big Texas tenor sax of the late Booker Ervin. The rest of the band plays with inspiration and restraint. Weston weaves the African influence subtly into his inviting compositions--though the influence, Weston might say, was there all along. His tunes are warm, catchy, rich with the flavors of Monk, Duke Ellington and African music. Listening to this album is like sitting down to a sumptuous meal, one you wish to savor.