Down Beat: 3.5 stars out of 5 -- "Over the past decade, Williams' songwriting has taken a turn toward the minimalist, and BLESSED pushes that to new levels." 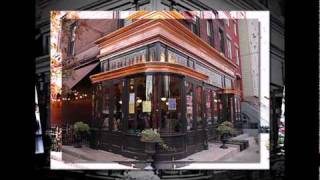 Rolling Stone - p.68
3.5 stars out of 5 -- "Williams' wearied singing and rich guitar shadings from Greg Leisz and Elvis Costello bring out the emotionalism in an hour long set of often somber roots-rock songs."
Spin - p.85
"BLESSED feels more like a country-blues toast to the pissed-off side of interpersonal relations, set to coproducer Don Was' sturdy barroom roots rock."
Entertainment Weekly - p.75
"[S]he delivers heartfelt laments like 'I Don't Know How You're Livin'' with an impressive candor..." -- Grade: B-
Uncut - p.92
4 stars out of 5 -- "BLESSED is a powerful, vivid, highly emotive record. True happiness, it seems, suits her very well."
Down Beat - p.54
3.5 stars out of 5 -- "Over the past decade, Williams' songwriting has taken a turn toward the minimalist, and BLESSED pushes that to new levels."
Billboard (p.32) - "Williams works her way through country, soul and the hymnal ambience of the title track, handling a broad range of emotional breadth with surprisingly supple dexterity."
Record Collector (magazine) - p.99
4 stars out of 5 -- "Vocally, Williams has never sounded better, whether wailing against a wash of amped-up guitars on the opening 'Buttercup' or achingly testifying on the slow burn strut of 'Convince Me.'"