Chaplin and His Impersonators, Volume 2 (Silent)

An historic compilation of rare shorts all featuring great stars of early Hollywood. 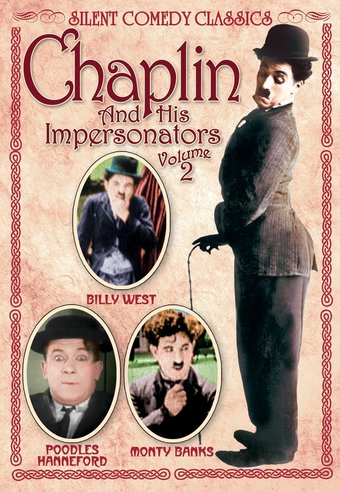 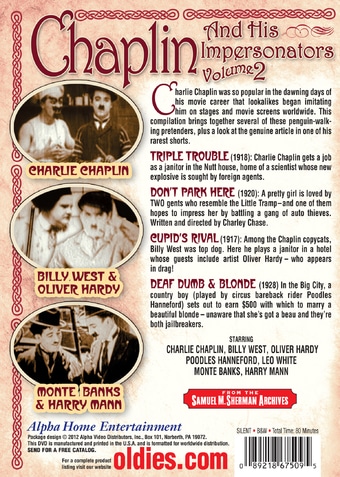 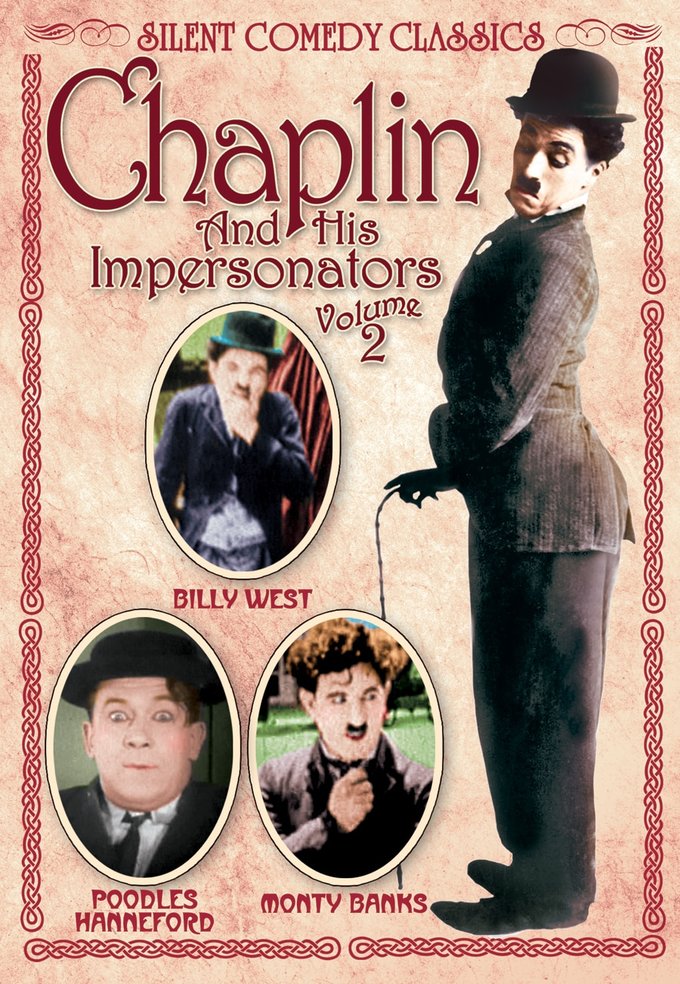 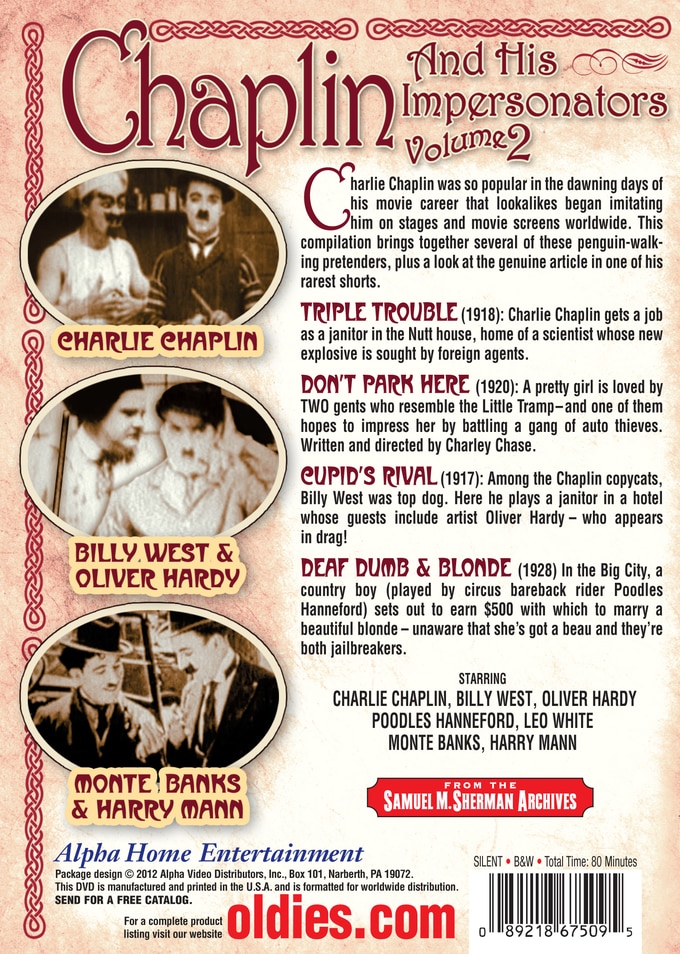 Charlie Chaplin was so popular in the dawning days of his movie career that lookalikes began imitating him on stages and movie screens worldwide. This compilation brings together several of these penguin-walking pretenders, plus a look at the genuine article (Chaplin himself) in one of his rarest shorts.

Triple Trouble (1918): Charlie Chaplin gets a job as a janitor in the Nutt house, home of a scientist whose new explosive is sought by foreign agents.

Don't Park Here (1920): A pretty girl is loved by TWO gents who resemble the Little Tramp?and one of them hopes to impress her by battling a gang of auto thieves. Written and directed by Charley Chase.

Cupid's Rival (1917): Among the Chaplin copycats, Billy West was top dog. Here he plays a janitor in a hotel whose guests include artist Oliver Hardy... who appears in drag!