Troy Donahue and Joey Heatherton star in this horror-drama about a young girl who meets a boy who calls her by the name of a long dead ancestor and recalls a love tryst of generations before. 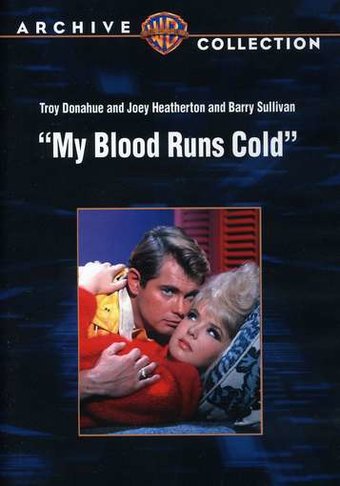 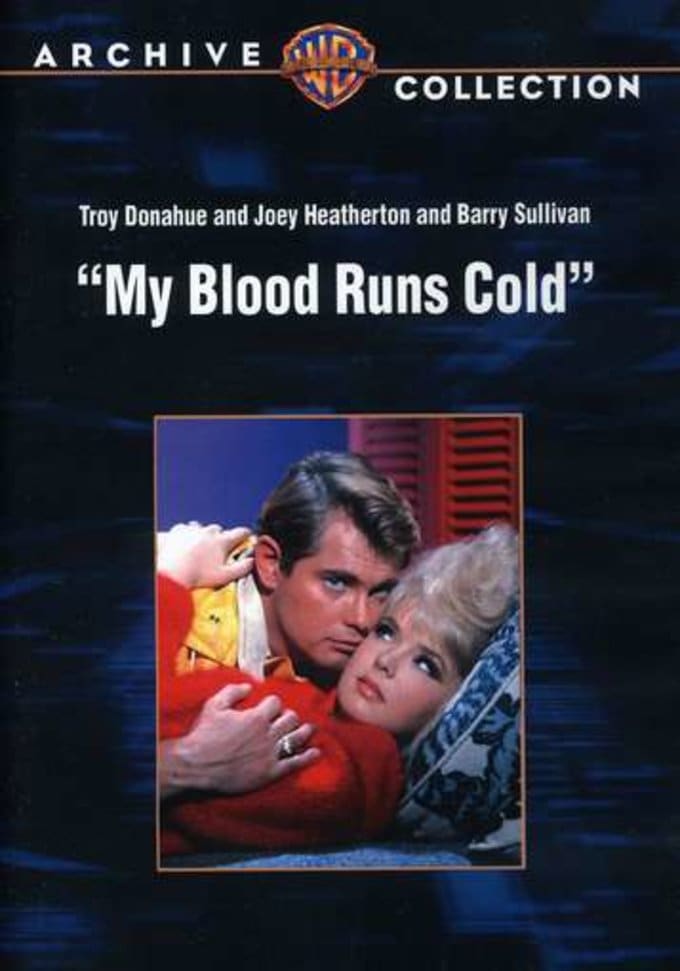 Julie (Joey Heatherton) is a spoiled young heiress on the California coast, so weary of her wealth she wrecks cars for fun and so bored of her fiancée's "fumbling in the dark" that she longs for freedom. Liberation comes in the form of Ben (Troy Donhaue), a sandy-haired stranger who swears that he and Julie were lovers in a former life - their own ancestors, in fact. Surprisingly, Julie's aunt (Jeanette Nolan) confirms every one of Ben's eerie recollections. Although a caretaker turns up murdered and suspicion turns to Ben, there's romance in the salty air. But as the couple elopes off to sea, a storm breaks out. Atmospherically directed by veteran character actor and thriller specialist William Conrad (Two on a Guillotine), this chilling Gothic mystery is sure to heat up your plasma.

MY BLOOD RUNS COLD was a typically lurid horror chiller produced and directed by William Conrad during his 1960s tenure on the Warner Bros. staff. Heiress Joey Heatherton falls prey to the charms of a handsome young man (Troy Donahue) who claims to be the reincarnation of a legendary lothario. Troy further insists that Joey had been his lover in a previous life. Pretty soon Joey nearly has the opportunity to check out the veracity of Troy's story in the Hereafter, for Mr. Donahue is actually a psychopath who hopes to claim Ms. Heatherton's fortune and then bump her off. MY BLOOD RUNS COLD is silly enough to have been dreamt up by Bill Conrad while he was narrating ROCKY AND HIS FRIENDS.

Death | Deception | Love
This product is made-on-demand by the manufacturer using DVD-R recordable media. Almost all DVD players can play DVD-Rs (except for some older models made before 2000) - please consult your owner's manual for formats compatible with your player. These DVD-Rs may not play on all computers or DVD player/recorders. To address this, the manufacturer recommends viewing this product on a DVD player that does not have recording capability.