A handsome radio crooner and American heartthrob decides to get married but his management plots to foil his amorous adventure. / Bonus short "Big Dame Hunting." 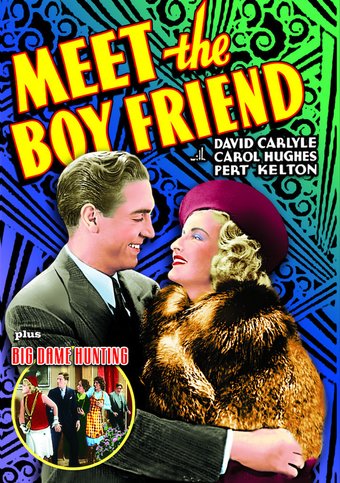 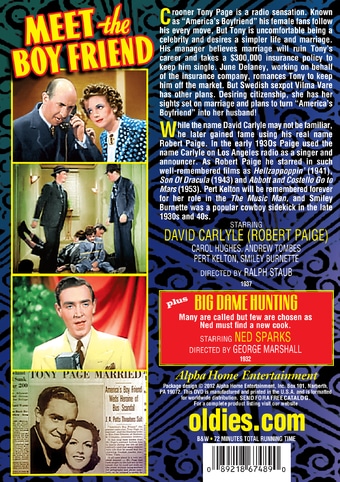 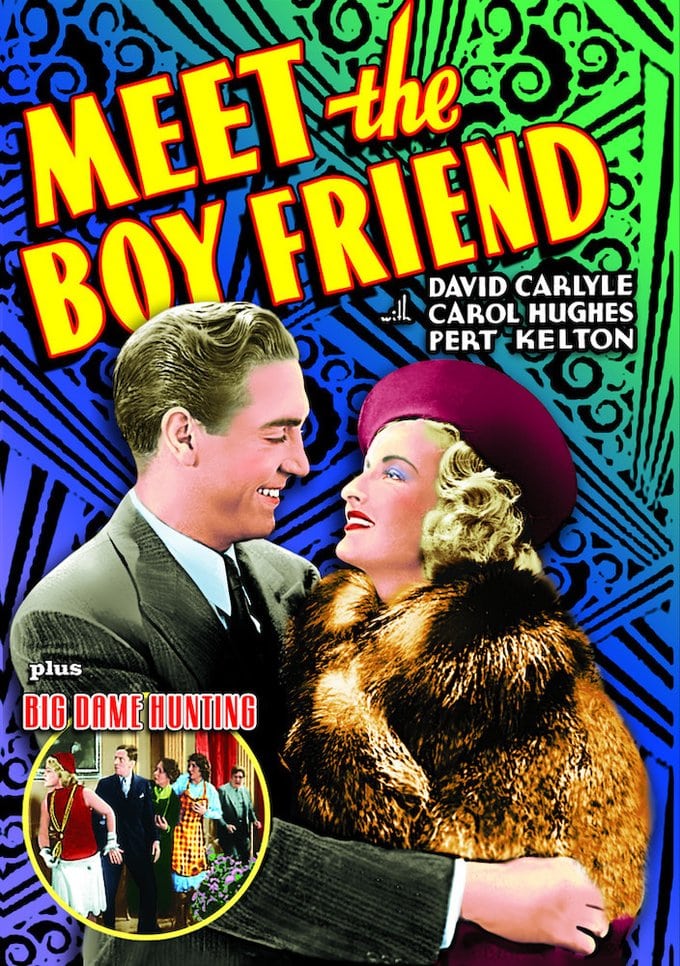 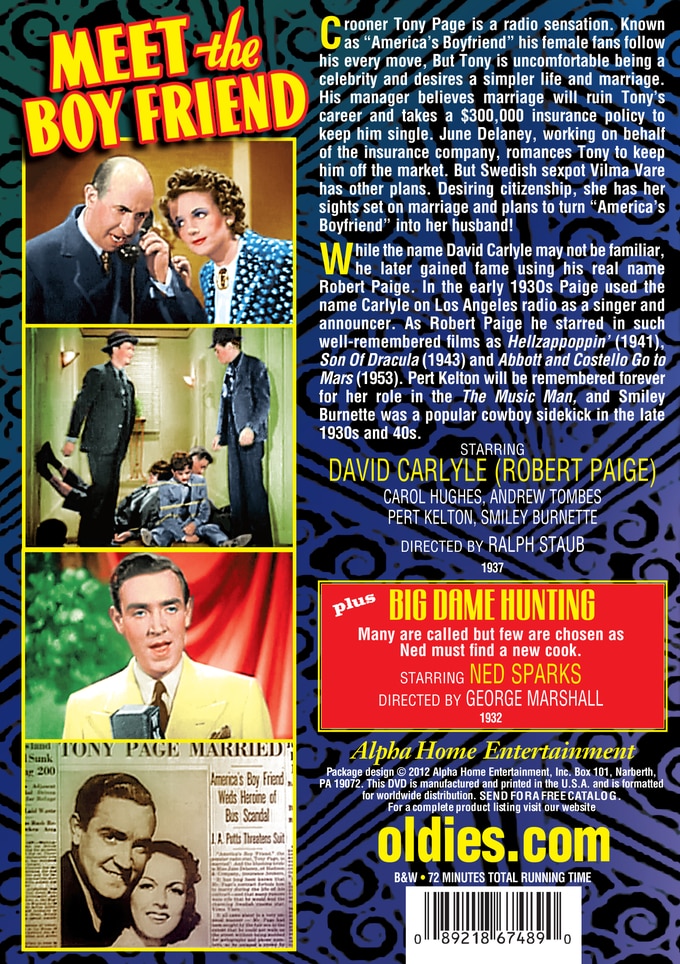 Meet the Boyfriend (1937): Crooner Tony Page is a radio sensation. Known as "America's Boyfriend" his female fans follow his every move, But Tony is uncomfortable being a celebrity and desires a simpler life and marriage. His manager believes marriage will ruin Tony's career and takes a $300,000 insurance policy to keep him single. June Delaney, working on behalf of the insurance company, romances Tony to keep him off the market. But Swedish sexpot Vilma Vare has other plans. Desiring citizenship, she has her sights set on marriage and plans to turn "America's Boyfriend" into her husband! While the name David Carlyle may not be familiar, he later gained fame using his real name Robert Paige. In the early 193Os Paige used the name Carlyle on Los Angeles radio as a singer and announcer. As Robert Paige he starred in such well-remembered films as Hellzappoppin' (1941), Son Of Dracula (1943) and Abbott and Costello Go to MarsThe Music Man, and Smiley Burnette was a popular cowboy sidekick in the late 1930s and 40s. Starring David Carlyle (Robert Paige), Carol Hughes, Andrew Tombes, Pert Kelton, Smiley Burnette; Directed by Ralph Staub

Big Dame Hunting (1932): Many are called but few are chosen as Ned must find a new cook. Starring Ned Sparks; Directed by George Marshall.