Rolling Stone: 3.5 stars out of 4 -- "One minute, the intimate acoustic strum of 'Beyond' brings to mind 'Into the Mystic' Van Morrison; the next, the stellar sweep 'Forgive You' takes Usher from the club to the stadium." 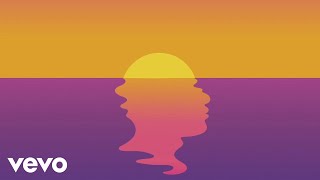 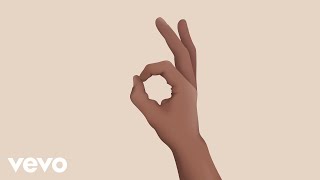 Rolling Stone
3.5 stars out of 4 -- "One minute, the intimate acoustic strum of 'Beyond' brings to mind 'Into the Mystic' Van Morrison; the next, the stellar sweep 'Forgive You' takes Usher from the club to the stadium."
Billboard - "On his sophomore effort, Good Thing, Bridges assembled an all-star lineup of songwriters to help realize Bridges' pop-crossover potential with honest, neo-soul tracks better suited for 2018."
NME (Magazine)
4 stars out of 5 -- "[H]e retains the timeless sparkle of 'Coming Home' but pushes the clock forward, this time pitching somewhere between 60's-era Mad Men living rooms and present-day clubs."
Paste (magazine) - "Things start out on a '70s note with 'Bet Ain't Worth The Hand,' as Bridges' appealing falsetto mixes with Isaac Hayes-style dramatic strings and glockenspiel."

Audio Mixer: Manny Marroquin.
Recording information: Black Mountain, NC; Elysian Park, Los Angeles, CA; Gator World, Asheville; Niles City Sound, Fort Worth, TX; Setting Sun, Twentynine Palms, CA.
Photographer: Rambo .
In sound and look, the Grammy-nominated Coming Home replicated one style from a bygone era with such perfectionist accuracy that Leon Bridges risked being typecast as a malt-shop soul man. Some of Bridges' subsequent featured appearances fulfilled that role, but others indicated that he was primed to break out and loosen up a bit. The singer and songwriter's second album similarly displays different approaches that skillfully build off and depart from the previous release. Austin Jenkins and Joshua Block, two-thirds of the Niles City Sound team with which Bridges made his debut, are involved with the majority of these songs, and are credited as executive producers beside multi-instrumentalist Ricky Reed, who has had platinum success with the squarely pop likes of Jason Derulo, Fifth Harmony, and Meghan Trainor. Nate Mercereau is another new addition present on much of the material. Altogether, they flit across several decades with most of the songs cast in a light comparatively less dust-filled than that of the debut. Bridges displays some hard-fought assurance on the call-and-response soul-jazz groove "Bad Bad News," where he asserts "I hit 'em with the style and grace, and watch their ankles break." "Shy," a mellow number with appealingly awry likenesses to Al Green and the Isley Brothers, quickly pulls Bridges back to his modest, chivalrous self. Bridges later clearly aims to reach a broader audience, though he only briefly approaches Bruno Mars territory with a little uptown funk laced through "If It Feels Good (Then It Must Be)," the effervescent bounce of which is rooted in the Whispers' "It's a Love Thing," and "You Don't Know," a second slice of sophisticated, feel-good post-disco. All these deviations, including the one that sounds like it was written for an early-'70s Rod Stewart album, seem natural for Bridges, who evidently had much more to explore and express than what was shown on Coming Home. What's more, there is no pandering. Most suggestive of the singer's bright future is album closer "Georgia to Texas," a stunning and ultimately affecting tribute to his mother delivered in front of an acoustic jazz quartet. ~ Andy Kellman

Nathaniel Rateliff & The Night Sweats
Tearing At The Seams
$14.50
Add to Cart