For a brief moment, it seemed Rock & Roll would INHERIT THE EARTH. 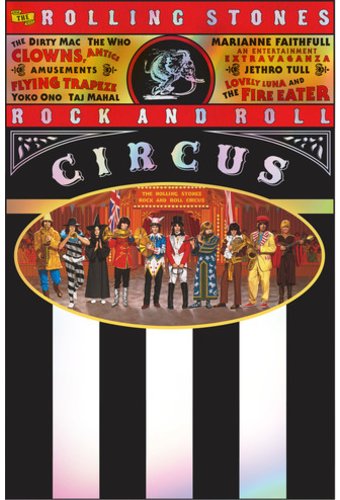 Filmed as a British television special in December 1968 (which, incidentally, never aired), this good-natured circus hosted by the Rolling Stones features an all-star line-up of rock and roll greats, including Yoko Ono, mystical prog rockers Jethro Tull, Marianne Faithfull, and The Dirty Mac. Amidst the fire-eaters and acrobats, the show-stopping numbers include "Sympathy for the Devil," "No Expectations," "A Quick One (While He's Away)," and others.

Shot in 1968, this concert film (conceived and organized by Mick Jagger) was made in London over a two-day period. The show was literally set in a circus-like atmosphere, with the rock bands dressed in colorful costumes, and acrobats, clowns and other big-top acts performing between sets. The film captures such groups as the Rolling Stones and The Who at the height of their creativity, providing unforgettable entertainment for fans both young and old.