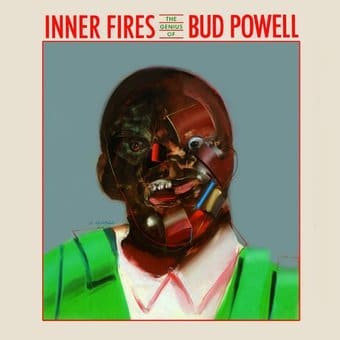 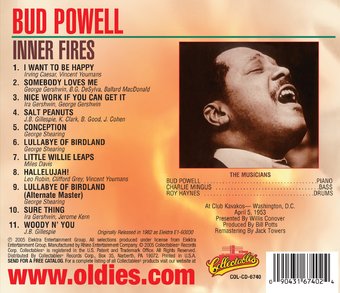 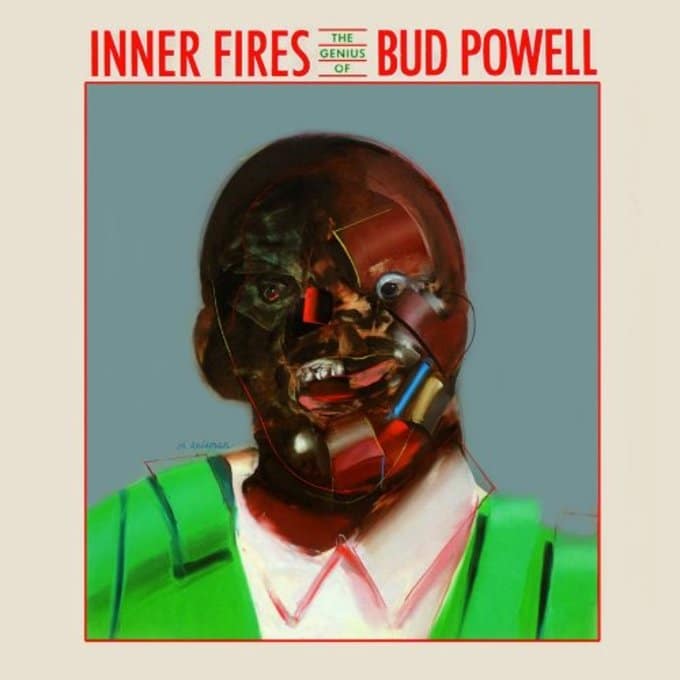 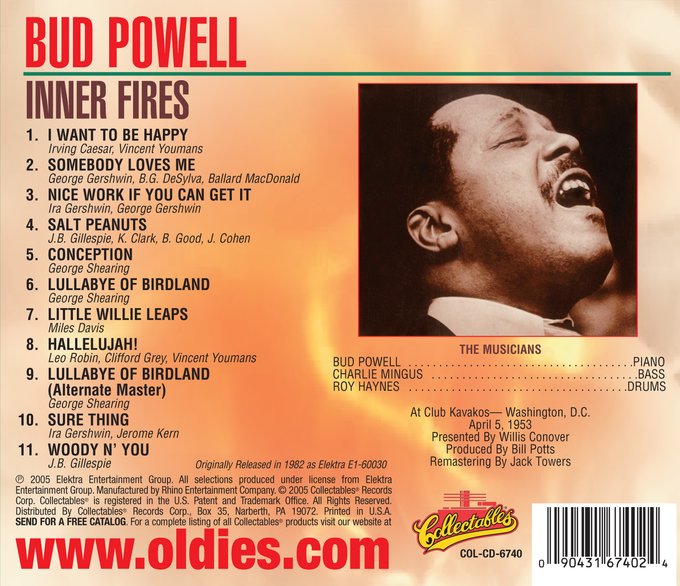 Bud Powell has been one of the most influential pianists since the swing movement. This is a fantastic live recording taken from a Washington D.C. performance in 1953. The album was originally released by Elektra in 1982, and features legends Charles Mingus on bass and Roy Haynes on drums.

Personnel: Bud Powell (piano); Charlie Mingus (acoustic bass); Roy Haynes (drums).
Originally released on Elektra Musician. Contains INNER FIRES (1953) plus interviews from 1960. Also includes liner notes by Chick Corea.
Personnel: Bud Powell (piano); Charles Mingus (bass instrument); Roy Haynes (drums).
This album features trio performances by pianist Bud Powell, bassist Charles Mingus and drummer Roy Haynes that were recorded live at a Washington D.C. club; they were released for the first time in 1982. Powell is in consistently exciting form (this was one of his good nights) and the musicians sound inspired and creative during the set of bop-oriented standards. This recording concludes with a couple of excerpts from Bud Powell interviews held in 1963, giving listeners a rare chance to hear his voice. [Collectables reissued Inner Fires on CD in 2005 with the same track sequence but with the concluding interview removed.] ~ Scott Yanow

68%off
Not Your Typical Self Made Man
$3.49 Super Savings
Add to Cart