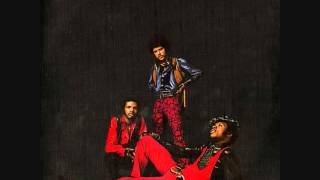 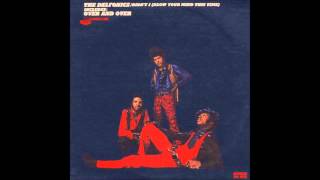 The Delfonics - Over And Over (Music Video)

The Delfonics: William Hart, Wilburt Hart, Randy Cain.
Additional personnel includes: Thom Bell, Anthony "Bones" Dorsey (arranger, conductor).
Reissue producer: Rob Santos.
Originally released on Philly Groove Records (1153). Includes liner notes by Bill Dahl.
All tracks have been digitally remastered.
Although self-titled, The Delfonics was actually the fourth long-player for the Philly soul vocalists. The album would not only be the band's entr‚e into the Top 100 pop album chart upon its release in 1970 -- peaking at Number 61 -- it would also sport five hit singles over the course of two years. The success came with a price, however, as the album would be among the final collaborative efforts between the original trio -- which consisted of brothers William Hart and Wilbert Hart, and Randy Cain -- and their mentor Thom Bell. In two unrelated and evolutionary incidents, Cain would be replaced by Major Harris. While Bell -- who was just beginning to receive the international acclaim so deserving of his work -- would begin recording with the Spinners, Stylistics, and even established artists such as the O'Jays. All of the individual elements that helped create the distinctive "smooth grooves" sound synonymous with the Delfonics coalesce on this album with undeniable intensity. Indeed, the material has arguably never been stronger -- with nine of the album's ten tracks composed by either Thom Bell and/or William Hart. The performances are likewise ideally scored, incorporating string and brass sections without overpowering the vocal blend or seeming pretentious. Stylistically, the extroverted up-tempo arrangement on tracks such as the psychedelic "Funny Feeling" is equally as potent as the intimate ballad "I Gave to You." Several sides on this disc are among the group's best-known works, as well as definitive entries into the distinct Philly-brand soul music scene. The leadoff track, "Didn't I (Blow Your Mind This Time)," would not only become a staple of Top 40 and R&B radio in 1970, but nearly two decades later inspired the 20-volume soul music compilation Soul Hits of the 70s: Didn't It Blow Your Mind. Additional crossover pop/R&B chart hits include: "Over & Over," "Trying to Make a Fool of Me," and "When You Get Right Down to It." The Delfonics also includes several "sleeper" tracks that would remain somewhat obscured by the overwhelming strength of the rest of the album. It was not until the disc was issued on CD by Buddha Records in 2001 that "Delfonics' Theme (How Could You)" -- a timeless showcase for the unmistakable, soaring falsetto of William Hart -- as well as the slinky syncopation of Hart's "Think About Me" were rediscovered. Again, considering the power of the rest of the release, it is easy to see how they were relegated to becoming deep cuts. ~ Lindsay Planer

The Delfonics
La-La Means I Love You: The Definitive Collection
$8.20
Add to Cart
(50+)