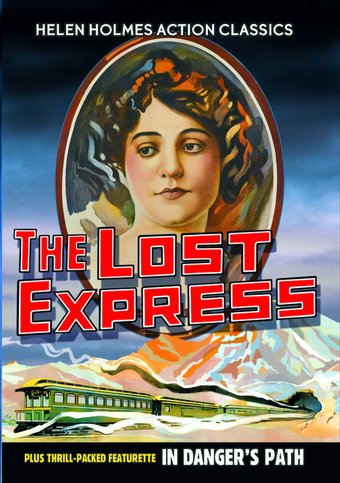 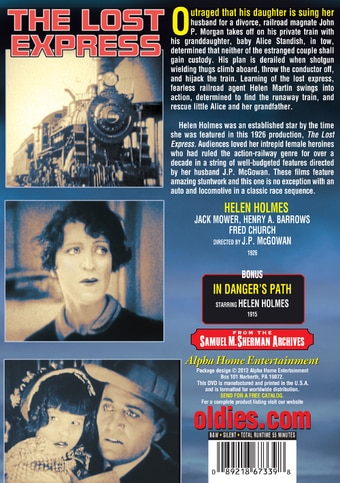 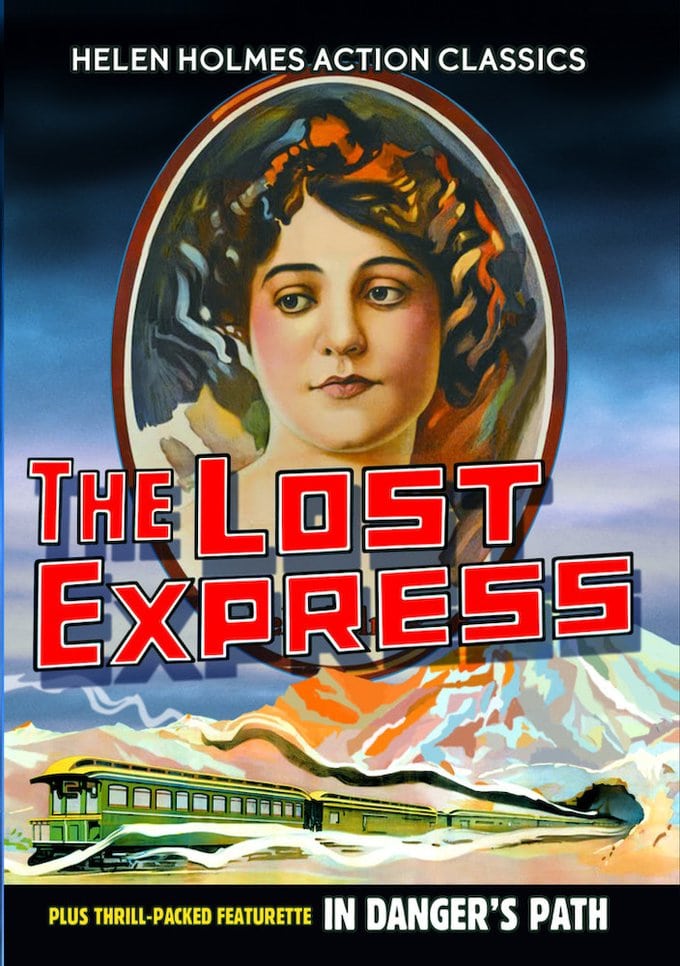 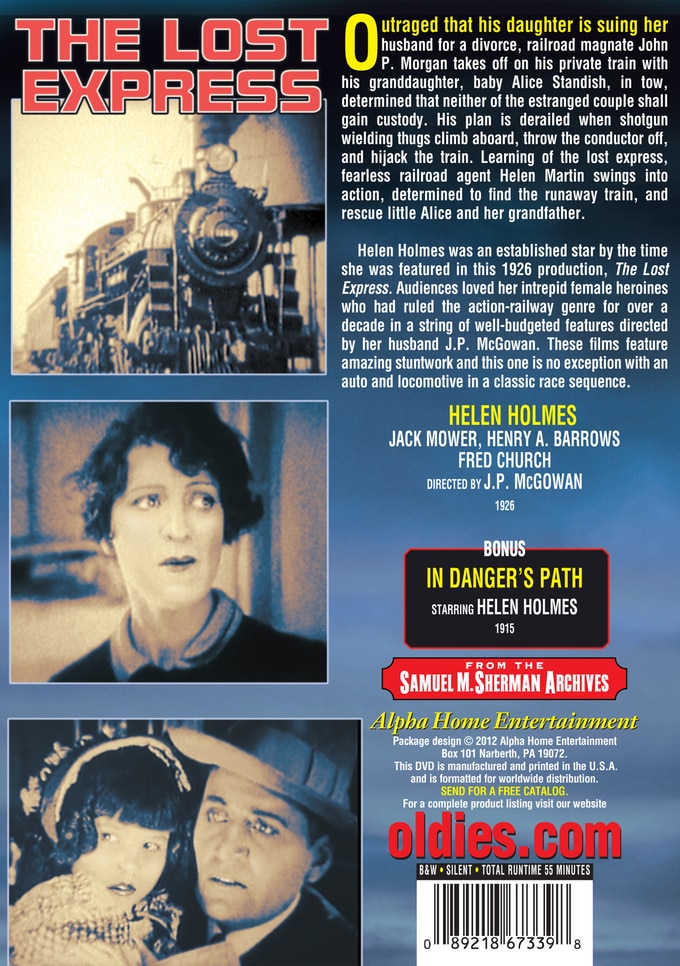 Outraged that his daughter is suing her husband for a divorce, railroad magnate John P. Morgan takes off on his private train with his granddaughter, baby Alice Standish, in tow, determined that neither of the estranged couple shall gain custody. His plan is derailed when shotgun wielding thugs climb aboard, throw the conductor off, and hijack the train. Learning of the lost express, fearless railroad agent Helen Martin swings into action, determined to find the runaway train, and rescue little Alice and her grandfather.

Helen Holmes was an established star by the time she was featured in this 1926 production, The Lost Express. Audiences loved her intrepid female heroines who had ruled the action-railway genre for over a decade in a string of well-budgeted features directed by her husband J.P. McGowan. These films feature amazing stunt work and this one is no exception with an auto and locomotive in a classic race sequence. Helen Holmes