Three charitable old men help out a beautiful homeless woman only to discover her boyfriend is a mobster. 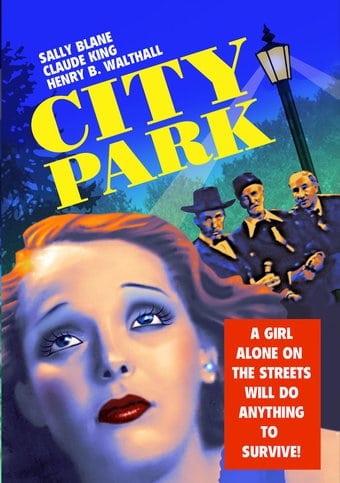 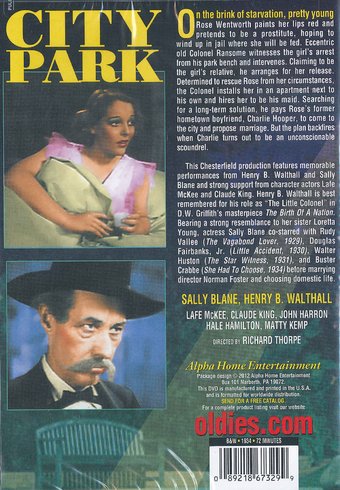 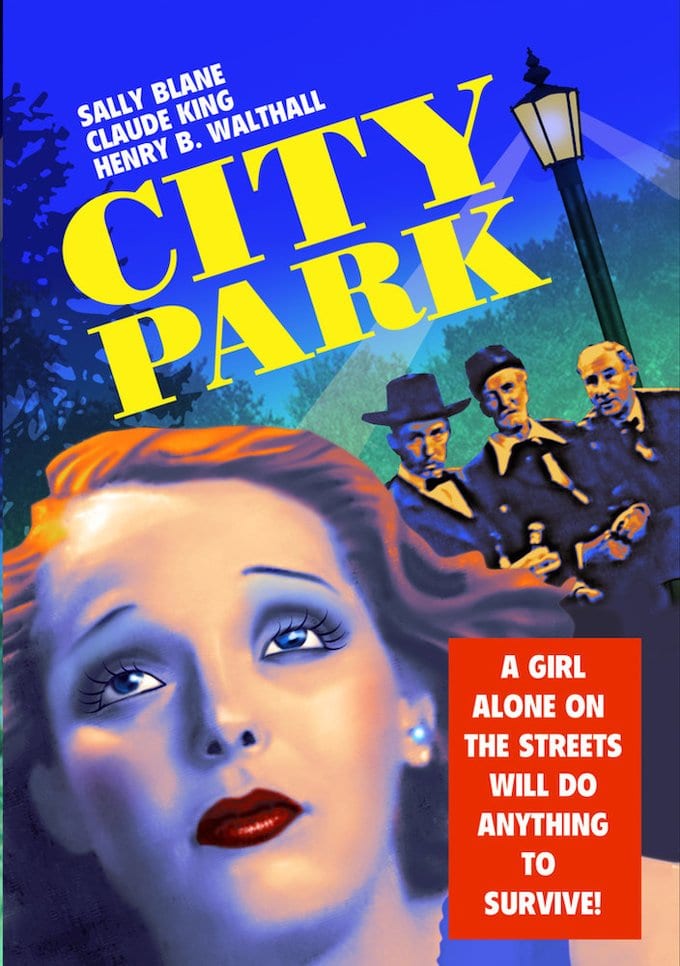 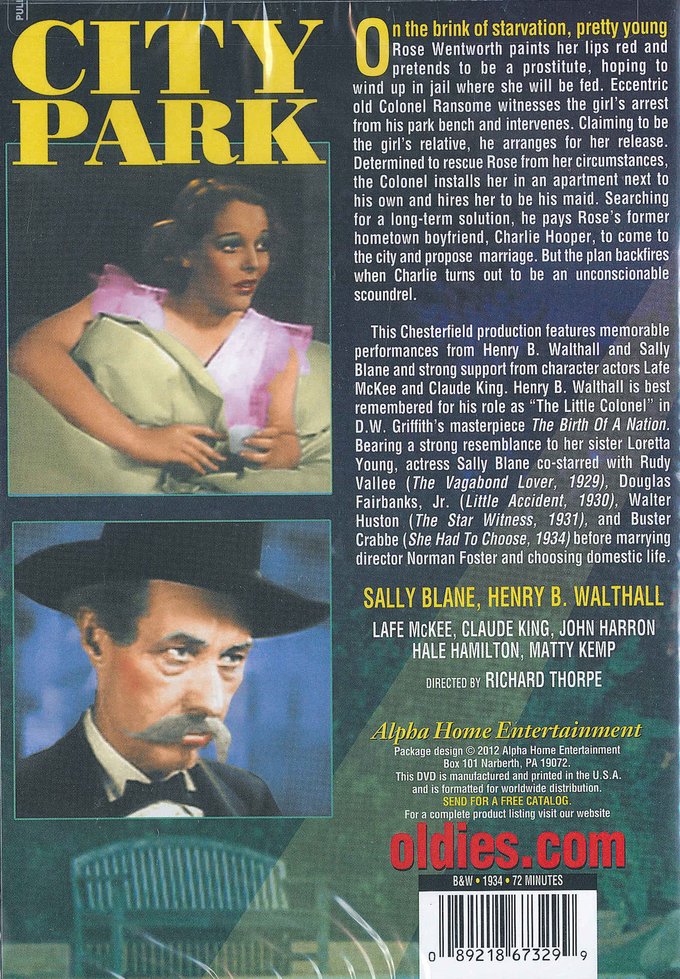 On the brink of starvation, pretty young Rose Wentworth paints her lips red and pretends to be a prostitute, hoping to wind up in jail where she will be fed. Eccentric old Colonel Ransome witnesses the girl's arrest from his park bench and intervenes. Claiming to be the girl's relative, he arranges for her release. Determined to rescue Rose from her circumstances, the Colonel installs her in an apartment next to his own and hires her to be his maid. Searching for a long-term solution, he pays Rose's former hometown boyfriend, Charlie Hooper, to come to the city and propose marriage. But the plan backfires when Charlie turns out to be an unconscionable scoundrel.

This Chesterfield production features memorable performances from Henry B. Walthall and Sally Blane and strong support from character actors Lafe McKee and Claude King. Henry B. Walthall is best remembered for his role as "The Little Colonel" in D.W. Griffith's masterpiece The Birth Of A Nation. Bearing a strong resemblance to her sister Loretta Young, actress Sally Blane co-starred with Rudy Vallee (The Vagabond Lover, 1929), Douglas Fairbanks, Jr. (Little Accident, 1930), Walter Huston (The Star Witness, 1931), and Buster Crabbe (She Had To Choose, 1934) before marrying director Norman Foster and choosing domestic life.

Chesterfield's CITY PARK is dominated by the strong performances of venerable character actors Henry B. Walthall, Wilson Benge and Lafe McKee. When impoverished Rose Wentworth (Sally Blane) poses as a streetwalker in order to get arrested and secure herself food and shelter, she is paroled in the custody of eccentric-but-lovable Colonel Ransome (Walthall). The Colonel brings Rose into his own home as part of her reformation process, which displeases his wife (Judith Voselli) and son Raymond (Matty Kemp). The Ransome family responds to this "outrage" by cutting off the Colonel's funds and throwing him out of the house. Undaunted, the Colonel and his two park-bench chums (Benge and McKee) move into a boarding house, bringing Rose along as housekeeper. Having at long last proven her worthiness and virtue (which the Colonel never doubted for a minute), Rose finds happiness in the arms of handsome Charlie Hooper (Johnny Harron).