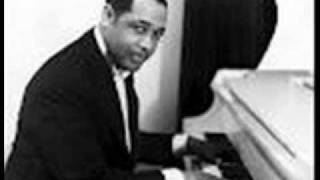 Subtitled "Duke Ellington and his orchestra and 500 of Europe's finest musicians," this is a CD reissue of Ellington's 1963 album - featuring his orchestra along with the symphony and opera orchestras of Paris, Hamburg, Stockholm and La Scala.

Down Beat - 6/93, p.51
3 Stars - Good - "...THE SYMPHONIC ELLINGTON involves a now-fully-stabilized 1963 personnel plus, in [annotator Stanley] Dance's words, 'some 500 of the best talents from the symphonic resources of Paris, Hamburg, Stockholm and Milan'..."

46%off
Duke Ellington
Concert In The Virgin Islands (CD)
$6.98 on Sale
Add to Cart