Launch into a spectacular series of zany adventures with everyone's favorite fighter of Martian tyranny. 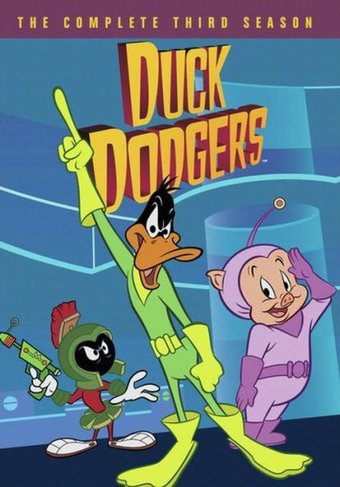 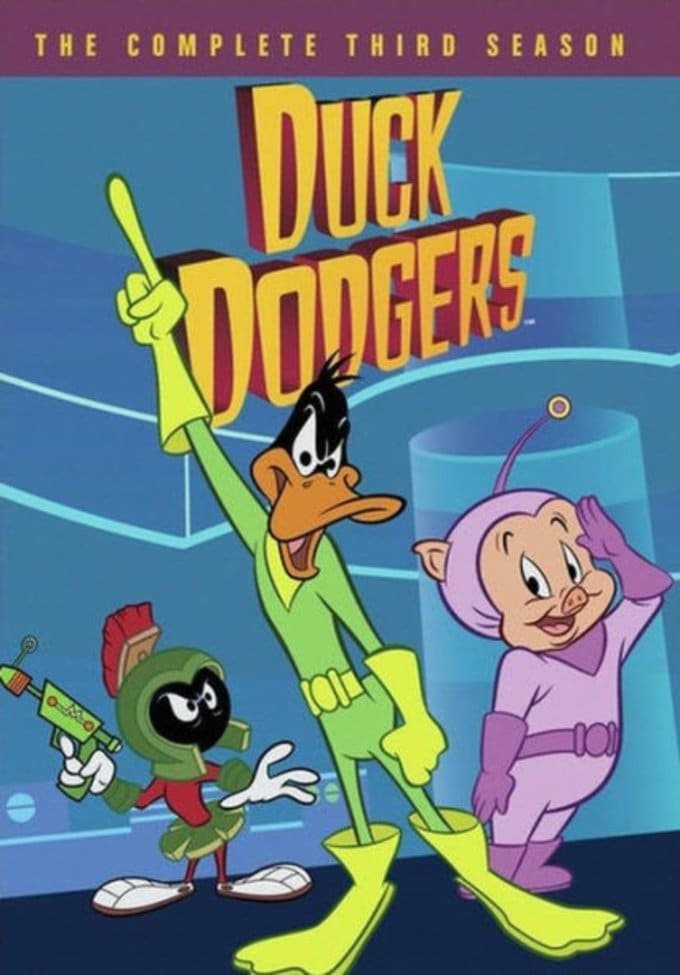 In his third season of intergalactic misadventures, everyone's favorite frozen-fowl-turned-space-captain Duck Dodgers (Daffy Duck) truly accomplishes the fantastic. Thanks to the help of the ever-loyal and highly competent Eager Young Space Cadet (Porky Pig), he becomes a true-blue hero (sort of). But a journey of a thousand light-years begins with a single misstep, and for Dodgers, it's a doozy when all his enemies unite against him, forming the Legion of Duck Doom. That's just the start of the cosmic capers, as Dodgers continues to make each and every mission harder than it needs to be, whether he’s infiltrating a gang of space bikers, going undercover to a disco in space quadrant ABBA-BeeGee or getting cybernetically enhanced as The Six Wazillion Dollar Duck. It all comes to a climax with Dodgers becoming the subject of a reality show that threatens to reveal to the universe just what kind of hero he is.
This product is made-on-demand by the manufacturer using DVD-R recordable media. Almost all DVD players can play DVD-Rs (except for some older models made before 2000) - please consult your owner's manual for formats compatible with your player. These DVD-Rs may not play on all computers or DVD player/recorders. To address this, the manufacturer recommends viewing this product on a DVD player that does not have recording capability.