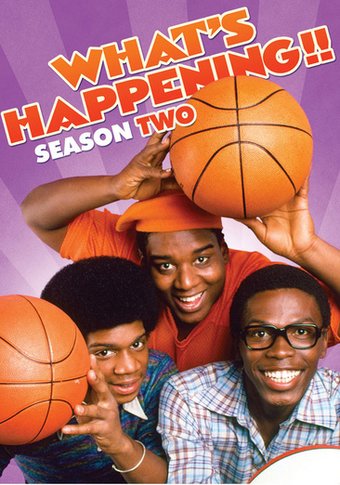 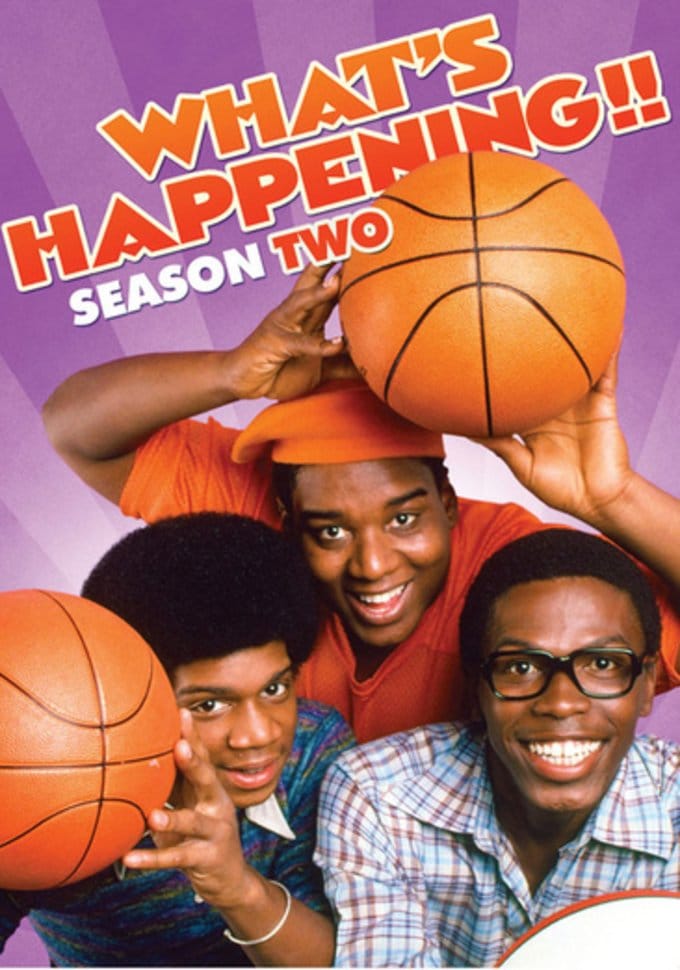 Get Ready To Laugh 'Til It Hurts With The Second Hilarious Season Of The '70s Hit, What's Happening!! All of your favorite characters are back for more - best friends Raj, Rerun and Dwayne; Raj's smart-mouthed little sister, Dee; Shirley, the waitress at the local soda shop; and of course, Raj and Dee's mama. All 22 episodes from the show's second season are here, with guest stars including Irene Cara, Tim Reid and the Doobie Brothers. Bust a gut as Rerun joins a lettuce-worshipping cult, Raj tries to impress a model, Dee wrangles a chocolate cake and new skates from her sympathetic family... and don't miss Dwayne's hilariously bad performance of "Handyman" as part of a school project! The '70s are back and funnier than ever! All the laughs you remember - and some you probably forgot - are here in this outrageous old school classic.

A situation comedy that ran from 1976 to 1979, centering on the exploits of three black teens growing up in a lower middle class neighborhood in L.A. Roger "Raj" Thomas, Dwayne, and Rerun--who got his nickname due to all the classes he failed and had to repeat--are always coming up with schemes and making mischief, which are often foiled by Raj's little sister and make them subject to the discipline meted out by Raj's mom, Mable "Mama" Thomas. Shirley Wilson, the sassy waitress at the local hangout, rounds out the cast, and Raj's dad occasionally makes an appearance. The guys get their first taste of love, dabble in the mysteries of a cult, and survive brushes with the authorities in this season, while issues of classism and racism are evident in the show's themes.