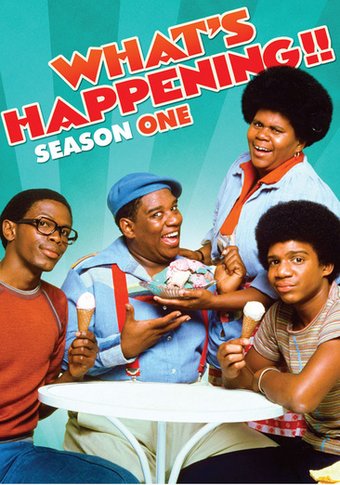 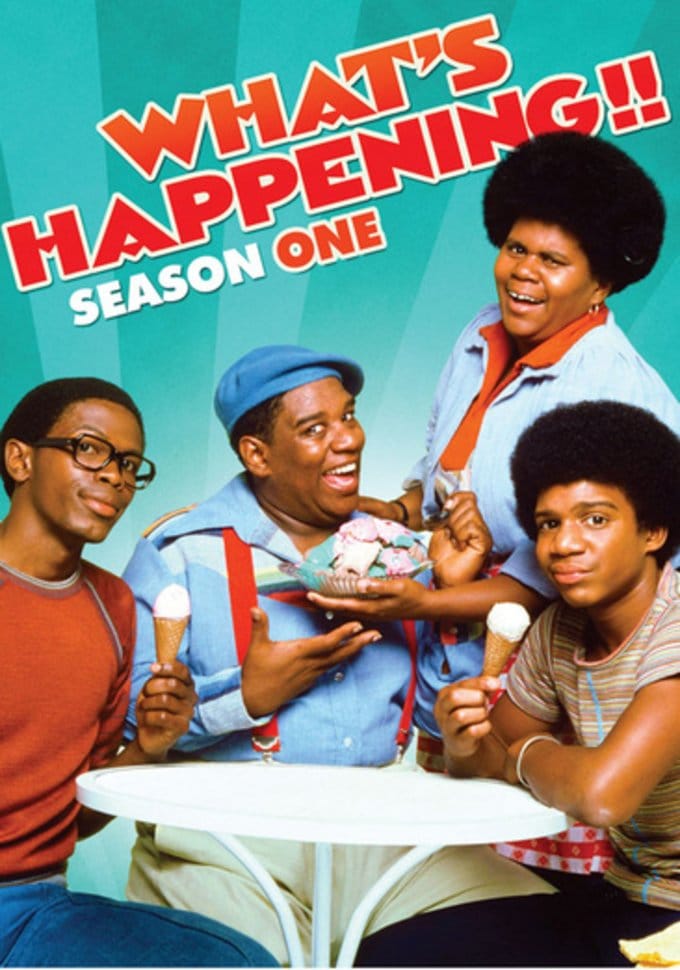 Hey, Hey, Hey! It's What's Happening!, the funny, funky late-'70s comedy classic featuring high-school pals Raj, Dwayne and Rerun, Raj's bratty little sister Dee, Shirley... who serves up snacks and snaps, and Mama - who's always got the last word! You'll get the complete hip, hilarious first season - jam-packed with your favorite people and the funniest moments. They're all here in 21 great episodes - from Rerun's dance moves to Raj and Dwayne's crush on the same girl, from Dee running away to Shirley getting fired from the soda shop and much, much more. So dig out your bell-bottoms and rainbow suspenders, comb out your Afro and laugh again and again with these old-school friends as you remember What's Happening!!

Loosely based on the 1975 film COOLEY HIGH, WHAT'S HAPPENING! details the exploits of three African-American high school pals--Raj (Ernest Thomas), Dwayne (Haywood Nelson), and Rerun (Fred Berry)--growing up in Los Angeles. Through their hairbrained schemes to have fun and/or get rich, they learn lessons about growing up--usually through punishment doled out by Raj's mother (Mabel King) because his bratty sister Dee (Danielle Spencer) tattled on him. The series ran from 1976-1979. The originally cast returned for the syndicated series WHAT'S HAPPENING NOW! in 1985. This 3-DVD set includes all 21 episodes of the original series.