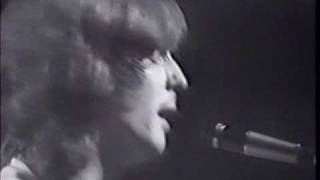 THE CREAM OF CLAPTON includes songs released between 1966 and 1981 by Cream, Blind Faith, Derek And The Dominos and Eric Clapton as a solo performer.
Personnel includes: Eric Clapton (vocals, guitar).
Producers include: Robert Stigwood, Felix Pappalardi, Jimmy Miller, Delaney Bramlett, Tom Dowd.
Compilation producers: Chris Griffin, Bill Levenson, George McManus.
Includes liner notes by Ray Coleman.
Digitally remastered by Joseph M. Palmaccio.
Eric Clapton was contracted to Polydor Records from 1966 to 1981, first as a member of Cream, then Blind Faith, and later as a solo artist and as the leader of Derek & the Dominos. The 19-track, 79-minute Cream of Clapton disc surveys his career, presenting an excellent selection from the period, including the Cream hits "Sunshine of Your Love," "White Room," and "Crossroads"; "Presence of the Lord," Clapton's finest moment with Blind Faith; "Bell Bottom Blues" and "Layla" from Derek & the Dominos; and 11 songs from Clapton's solo work, among them the hits "I Shot the Sheriff," "Promises," and "I Can't Stand It." The selection is thus broader and better than that found on 1982's Time Pieces collection, and with excellent sound and liner notes by Clapton biographer Ray Coleman, The Cream of Clapton stands as the single-disc best-of to own for Clapton's greatest recordings. (Not to be confused with the popular 1987 Polydor (U.K.) compilation The Cream of Eric Clapton.) [An import version was also released.] ~ William Ruhlmann

47%off
Eric Clapton
20th Century Masters - The Millennium Collection: The Best...
$8.49 on Sale
Add to Cart

25%off
Jefferson Airplane
The Best of Somebody To Love (CD)
$5.98 on Sale
Add to Cart