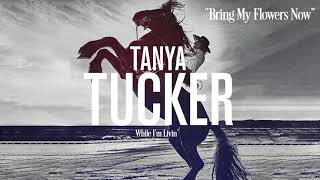 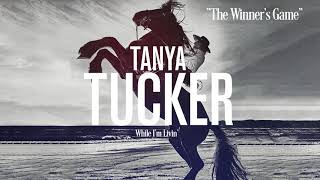 Rolling Stone
4 stars out of 5 -- "WHILE I'M LIVIN' arrives as a much-deserved course correction from Tucker. The album -- part legacy-bolstering roots project, part first-person confessional -- shows a more sensitive side of the former country star..."
Rolling Stone
Included in Rolling Stone's "The 50 Best Albums of 2019" -- "WHILE I'M LIVIN' features 10 expertly chosen songs, two Grammy-winning producers, and one unmistakable voice."
Paste (magazine) - "[A] record about life and its many challenging lessons, but more than anything, it's a 10-song gem proving Tanya Tucker is one of the best ones we've got."

Audio Mixer: Trina Shoemaker.
Recording information: Sunset Sound, Los Angles, CA.
Tanya Tucker eased into a quasi-retirement in the 21st century, recording rarely after 2002's Tanya -- seven years later, she released the fine covers album My Turn -- and making the occasional appearance, but otherwise keeping a low profile. A meeting with Shooter Jennings changed that. Longtime acquaintances, the pair struck up a professional relationship and Jennings brought in singer/songwriter Brandi Carlile, who was fresh off the Grammy-winning success of 2018's By the Way, I Forgive You, a record co-produced by Shooter Jennings. His intent was to have Carlile contribute a new song, but she and her longtime collaborators Tim and Phil Hanseroth wrote nearly an album's worth, giving Tucker's 2019 comeback both shape and fire. Carlile and Jennings decided not to bother with either the country mainstream or its Americana counterpart, choosing to reconnect to the flinty, defiant spirit that lay in the heart of Tucker's classic records of the '70s and '80s. Everybody involved is too smart to opt for a straight revival of a past era. Instead, While I'm Livin' evokes the past in how it relies on strong, burnished songs which cannily play on Western archetypes and Tucker's personal history. On the closing "Bring My Flowers Now," the only song co-written by Tucker, she musters something close to an aural autobiography, but While I'm Livin' isn't intended as a memoir: it aims for a greater, universal truth. Tucker's voice carries appealing scars accumulated over the years, yet she hasn't lost a whit of her pitch or force. This vocal power puts her squarely at the center of While I'm Livin', even when the songs bear Carlile's distinct, careful imprint. Carlile may be writing toward Tucker's myth, but she and the Hanseroths don't treat her with kid gloves; they allow her humor, soul, and sensuality to shine forth. Jennings and Carlile also direct Tucker toward a few outside covers, including the rousing "Hard Luck" and "The House That Built Me," a Tom Douglas & Allen Shamblin song popularized by Miranda Lambert, that add texture and deepen the emotional undercurrents flowing through the record. When combined with the Carlile/Hanseroth originals, these tunes paint a portrait of a mighty artist who has been through a lot but is fearless about the future. ~ Stephen Thomas Erlewine

Willie Nelson
Ride Me Back Home
$12.10
Add to Cart