A women unknowingly falls in love with a man who is directly associated with the murder her father. 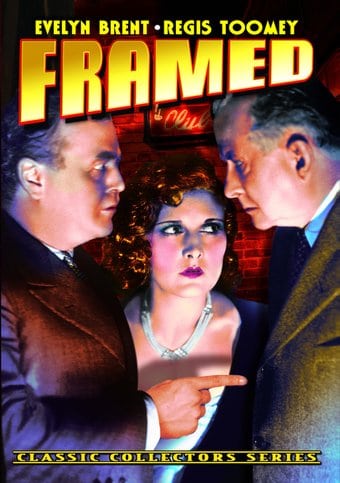 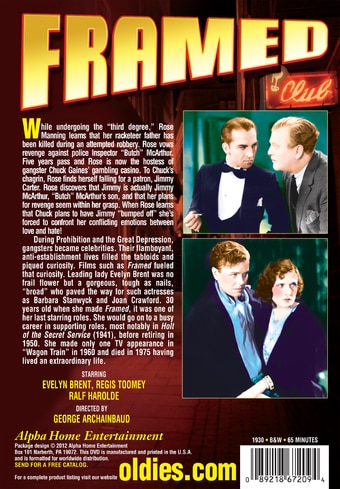 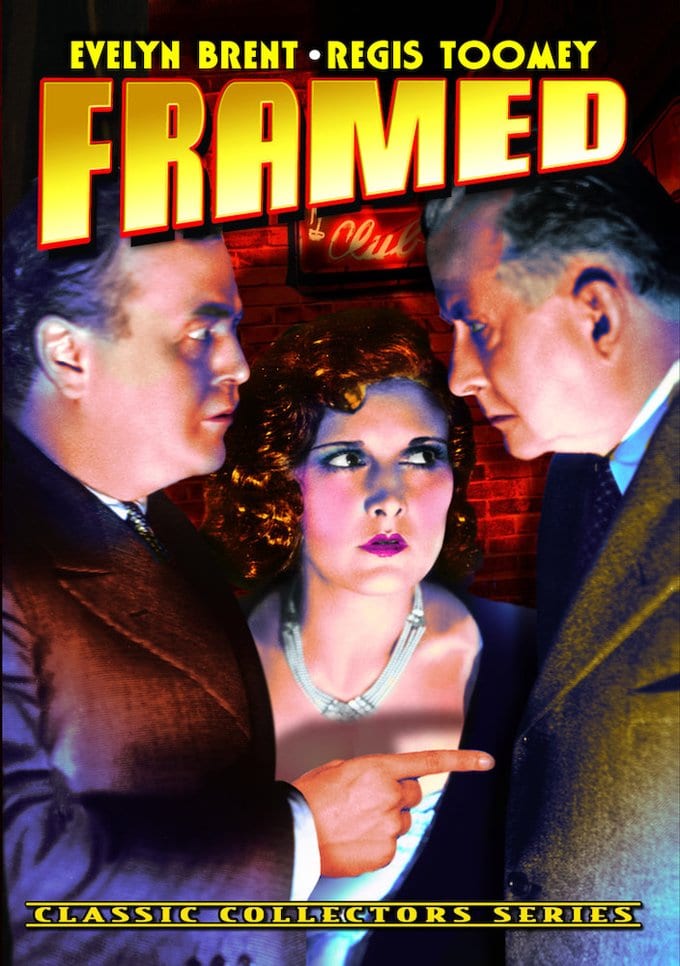 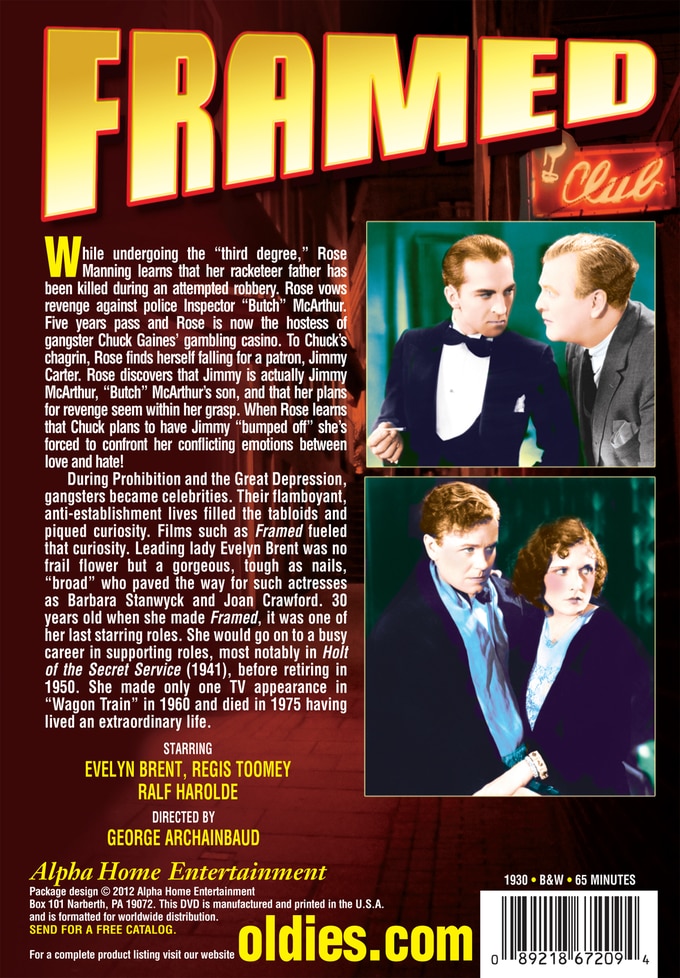 While undergoing the "third degree" Rose Manning learns that her racketeer father has been killed during an attempted robbery. Rose vows revenge against police Inspector "Butch" McArthur. Five years pass and Rose is now the hostess of gangster Chuck Gaines gambling casino. To Chuck's chagrin, Rose finds herself falling for a patron, Jimmy Carter. Rose finds out that Jimmy is actually Jimmy McArthur, "Butch" McArthur's son, her plans for revenge seem within her grasp. But when Rose learns that Chuck plans to have Jimmy "bumped off" she's forced to confront her conflicting emotions between love and hate!

During Prohibition and the Great Depression, gangsters became celebrities. Their flamboyant, anti-establishment lives filled the tabloids and piqued curiosity. Films such as Framed fueled that curiosity. Leading lady Evelyn Brent was no frail flower but a gorgeous, tough as nails, "broad" who paved the way for such actresses as Barbara Stanwyck and Joan Crawford. 30 years old when she made Framed, it was one of her last starring roles. She would go on to a busy career in supporting roles, most notably in Holt of the Secret Service (1941), before retiring in 1950. She made only one TV appearance in "Wagon Train" in 1960 and died in 1975 having lived an extraordinary life.

FRAMED represented the return of Evelyn Brent to her old home studio of FBO, which by 1930 had been rechristened RKO Radio. Brent plays Rose Manning, a sexy nightclub hostess who hopes to avenge the murder of her father. Holding the local police chief responsible (the chief is played by William Holden -- but not that William Holden), Rose sets about to seduce and compromise the chief's patrolman son Jimmy McArthur (Regis Toomey), only to fall in love with the boy. To save Jimmy from being put "on the spot," Rose double-crosses her crooked cohort, bootlegger Chuck Gaines (Ralf Harolde). Both contemporary critics and later film historians noted that FRAMED borrowed freely from such earlier "slice of life" crime mellers as BROADWAY (which also starred Evelyn Brent) and THE RACKET.