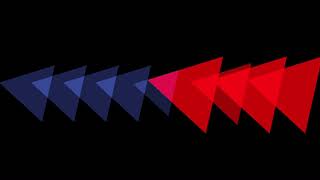 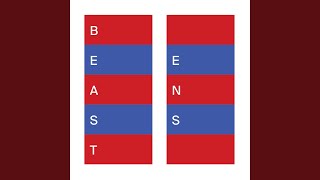 Pitchfork (Website) - "By abandoning string instruments and de-emphasizing his fascination with drone and dissonance, Holtkamp foregrounded a pulse as precise as the visuals it accompanied. Rhythmic lines wrapped around each other like digital ragas..."

Koen Holtkamp's majestic solo recordings under his own name have blended field recordings with abstract droning, and constructed dense tapestries using guitar static and analog synth textures. He debuted his Beast project in 2017 with two simultaneously issued LPs containing music designed for audio-visual performances involving 3D laser projections. While sonically recognizable as Holtkamp's music, the compositions were his most accessible to date, with a much greater rhythmic focus and forward momentum. Ens is the third Beast album, and the first to appear on Thrill Jockey, longtime home of both Holtkamp and Mountains, his duo with Brendon Anderegg. Recorded as Holtkamp was anticipating the birth of his first child, Ens is heartfelt, joyful, and full of wonder. More accessible than anything he's done previously, the album mixes playful drum machine rhythms with astral synth arpeggios and scattered yet melodic notes. The music has more in common with minimalism, '80s synth pop, Fourth World fusion, and even downtempo IDM than Holtkamp's other recordings. "Color Feel" is centered around cascading pianos and synths, and while there's a constant loop of a whistling tone that sounds like a descending bomb, somehow it doesn't derail the uplifting nature of the track. The Oliver Coates-like "Staren" is a bit more oblong, with sharply bowed strings joined by rapidly plucked ones, and a slower, more complex beat thumping behind all of this. "For Otto" is the clear, resonating comedown, with a slow yet detailed beat and pastoral synths, ending with a lovely sequence of shimmering waves. Supremely joyous and creative, Ens feels like the beginning of a new chapter for Holtkamp, and it's one of his most enjoyable works. ~ Paul Simpson

19%off
Frank Zappa
Orchestral Favorites
$12.98 on Sale
Add to Cart

The Residents
Not Available (2-CD)
$18.40 Super Savings
Add to Cart