1.6K ratings
Currently Out of Stock: We'll get more as soon as possible
Notify Me When Available
Add to Wishlist
Format:  DVD
sku:  LMTB 59420D
Our customers love us! 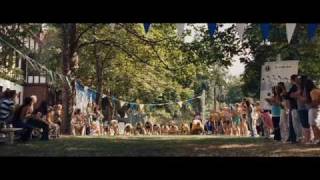 Lovelorn and lonely, 13-year-old Vanessa Lemor (Savanah Wiltfong) plots to win back her popular ex-boyfriend Philip (Shayne Topp) by winning a minority scholarship to the private academy he attends, but finds her plan backfiring when she's immediately lumped in with the unpopular kids. Vanessa is a Yup'ik (Western Eskimo) with a major crush on Philip. Though they were dating for a while, Philip cut things off in order to spend the summer in Paris. Heartbroken, Vanessa pours her heart out to her imaginary friend, Lemon Lima. Then, just when it seems that all hope is lost, Vanessa hatches a brilliant plan to enroll in the same school as Philip and win back his heart. Upon arriving at her posh new school, however, the smitten student receives the brush-off from her former boyfriend and winds up in the company of the misfits known as the FUBARs. Later, when it's announced that the students will be participating in the annual Snowstorm Survivor competition, the unpopular new arrival rallies her reject friends in a concerted effort to take first place, and impress Philip in the process. But as the even gets under way and the competition heats up, Vanessa begins to reevaluate her priorities and question her devotion to the boy who rejects her at every opportunity.