Spencer Tracy stars in this biography of Thomas Edison, the famous inventor who rose from poverty to invent the electric light bulb. 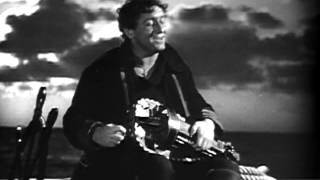 In 1940, MGM produced two pictures spanning the life of legendary inventor and thinker Thomas Alva Edison. This sequel to YOUNG TOM EDISON (starring Mickey Rooney) is a thought-provoking portrait of the man behind some of the most important inventions of the 20th century. On the 50th anniversary of Edison's greatest invention, the incandescent lightbulb, the elderly man thinks back on his life and his most creative period. He remembers the early setbacks in his career, his undaunting determination, and his happy family life with his wife, Mary Stillwell (Rita Johnson). This well-researched biopic features a remarkable lead performance from Spencer Tracy, who spent a period of time in Edison's hometown of Menlo Park, New Jersey, where he stayed in his laboratory and researched his journals and letters. In an attempt to create continuity between the two Thomas Edison projects, MGM hired the same screenwriters to work on both pieces.

Stanley and Livingstone
$19
Add to Cart

The Story of Alexander Graham Bell
$19
Add to Cart