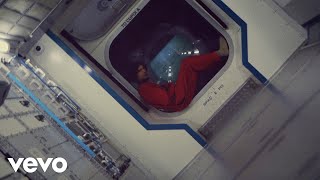 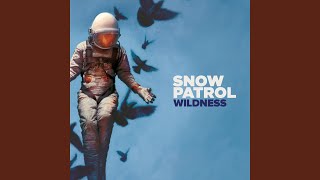 Since releasing their debut album in 1998, Snow Patrol has gone on to be one of the biggest acts in the world. With over 10 million global album sales, 1 billion global track streams, 5 UK Platinum awards, 6 BRIT Award nominations, 1 GRAMMY nomination, 1 Mercury Music-Prize nomination, a massive and passionate fan base, the band is back with their 7th album, Wildness. Wildness follows Snow Patrol's 2011 record, Fallen Empires, and finds the group reuniting with longtime producer Jackknife Lee.

Paste (magazine) - "[A] revival of sorts, one that finds Snow Patrol sonically reinvigorated and searching for meaning and connection in our cluttered modern age."

Photographer: Bradley Quinn.
Following a lengthy hiatus, Snow Patrol returned with Wildness, their first album since 2011's Fallen Empires. The big comeback was delivered with a sense of triumph, a hopeful spirit coursing through its tight ten tracks. During the seven years between releases, frontman Gary Lightbody spiraled into a deep depression as isolation and loneliness led to a disconnect with the world and a severe case of writer's block. He recaptured his spark with human interaction, overcoming the depression and associated addictions with the help of his friends. Along with longtime producer Jacknife Lee and new member Johnny McDaid, Lightbody and the band crafted the poppiest Snow Patrol album to date. Their trademark wide-eyed yearning and brittle melancholy haven't been abandoned; they're simply overpowered by hope, healing, and acceptance, like an indie rock self-help guide. The inspiring opener "Life on Earth" patiently churns to life as Lightbody sings "It shouldn't need to be so fucking hard," his urgency suffused with determination and assurance. These Life Lessons by Lightbody continue on the encouraging "Don't Give In" and "Heal Me," a palpably uplifting ode to a friend who convinced him to quit drinking. Fans of Fallen Empires' "Called Out in the Dark" will notice that the band push that dance-centric vibe even further on the funky "A Dark Switch" and the carefree "Wild Horses," two surprises that encapsulate the band's new perspective while echoing contemporaneous output by Ed Sheeran and Coldplay. Familiar callbacks to the band's earlier sound crop up on the aching "What If This Is All the Love You Ever Get?", wherein Lightbody accepts his pain with solo piano accompaniment, and "Soon," a heartbreaking message to his father, who suffered from dementia. Album standout "Empress" is comforting in its familiarity, a sweeping and joyous moment that channels U2 and Coldplay at their purest and most earnest. Throughout Wildness, Lightbody pushes his message with evocative lyrical imagery and the consoling empathy of someone who has fought the battle and emerged triumphant. The result is one of the most comforting and relatable inclusions in the band's catalog. ~ Neil Z. Yeung