An Arizona cavalry outpost is disciplined by a new commander in anticipation of an Indian attack. 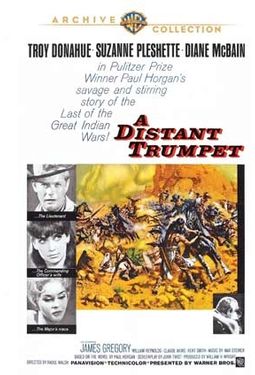 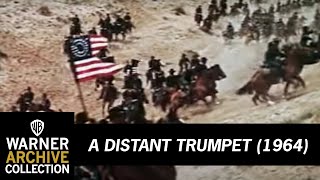 An Arizona cavalry outpost is disciplined by a new commander in anticipation of an Indian attack. Troy Donahue ("A Summer Place") and Suzanne Pleshette ("The Bob Newhart Show"), who were in real life married at the time, find romance amid the turmoil. Action master Raoul Walsh ("Along The Great Divide," "Captain Horatio Hornblower") completed his directorial career with this reflective Western from the novel by Paul Horgan ("Whitewater").

Troy Donahue stars in this drive-in quality "B"-Western from the Warner Brothers backlot, directed by veteran director Raoul Walsh. Donahue is U.S. Cavalry Lieutenant Matt Hazard, who arrives at Fort Delivery on the Mexican border of Arizona for a new assignment. Kitty Mainwaring (Suzanne Pleshette), the wife of the commanding officer, greets Hazard upon his arrival. The next day, when he takes some of his men outside of the fort to gather wood, Hazard and his men find themselves attacked by Indians. Hazard survives and later saves Kitty from another Indian attack. A terrible storm forces the two to spend a night in a cave as they make their way back to the fort. Meanwhile, the new commander, General Quait (James Gregory), arrives at the fort and takes command -- his first order of business to launch an all-out war on the Indians. He tries to capture the belligerent Indian Chief War Eagle but fails. When Hazard arrives back at the fort, Quait orders Hazard into Mexico to convince War Eagle to surrender. Hazard has War Eagle agree to return with him on the promise that the Indians can have a safe haven at an Arizona reservation. But, on their way back to the fort, they are met by Major Miller (Lane Bradford), who, instead, orders the Indians to be sent to Florida. Hazard and Quaint end up traveling to Washington to try to convince the United States government to reverse their decision against the Indians.

Race Relations | Romance | Love Triangle | Love Triangles | Romances | Native Americans | Love | Battles
This product is made-on-demand by the manufacturer using DVD-R recordable media. Almost all DVD players can play DVD-Rs (except for some older models made before 2000) - please consult your owner's manual for formats compatible with your player. These DVD-Rs may not play on all computers or DVD player/recorders. To address this, the manufacturer recommends viewing this product on a DVD player that does not have recording capability.

The Glory Guys
$19
Add to Cart