Jim Moore is a Drill Instructor with a chip on his shoulder: Pvt. Owens, who isn't quite up to snuff. Sgt. Moore is convinced that "there's a man underneath that baby powder". 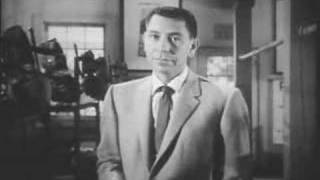 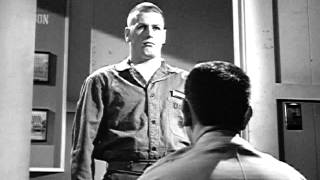 Jim Moore is a tough-as-nails Drill Instructor with a chip on his shoulder: Pvt. Owens, who isn't quite up to snuff. Sgt. Moore is convinced that "there's a man underneath that baby powder" and sets out to force the private to rise to the occasion. Instead, he drives Owens to bail out altogether. Things only get worse when the Captain steps in and gives Moore three days to make the a Marine out of the petrified private.

Jack Webb produced, directed and stars in this film about a Marine Corps Drill Instructor whose spotless record is threatened by an obstinate new recruit who affects the morale of the entire platoon.

Psychodrama | War
This product is made-on-demand by the manufacturer using DVD-R recordable media. Almost all DVD players can play DVD-Rs (except for some older models made before 2000) - please consult your owner's manual for formats compatible with your player. These DVD-Rs may not play on all computers or DVD player/recorders. To address this, the manufacturer recommends viewing this product on a DVD player that does not have recording capability.

The Boys in Company C
$23.10 Super Savings
Add to Cart