A commercial airliner and a Navy jet are on a collision course and disaster beckons in this high-flying drama. 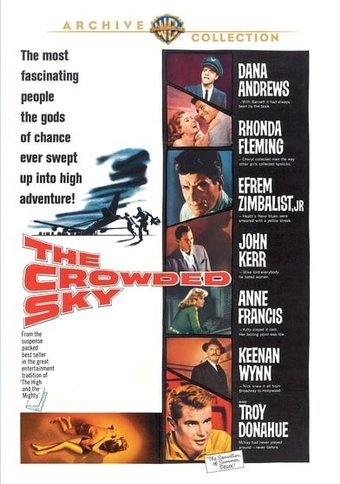 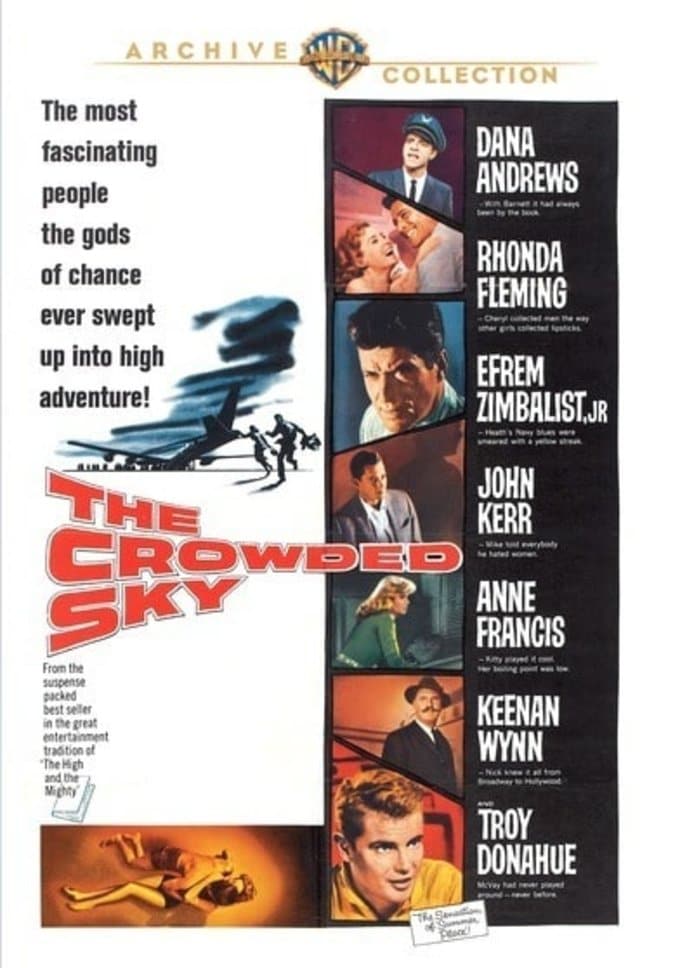 There he is, Navy jet 8255. And there's Trans States 17 converging... head on! A tense air traffic controller knows the sky is full of danger as two aircraft - a Navy jet flying east and an airliner heading west - hurtle toward disaster. The jet's radio is out, the pilot unaware that he's dropped altitude into the path of the other craft. There are only moments for the controller to find some way to communicate with the jet. And even less time for the pilots to react to the emergency, all the while realizing that their dramatic personal stories of faithless wives and alienated children, of guilty secrets and secret dreams, may be ending. Dana Andrews leads a top cast in a tale of two planes on a collision course with each other. And with destiny.

A navy jet piloted by Captain Dale Heath (Efrem Zimbalist Jr.) and carrying an enlisted man (Troy Donahue) has already taken off when Heath realizes that both his radio and his navigation equipment have malfunctioned. They might be on the right course, but he can't tell if they're at the right altitude -- 500 feet too high or too low would put him in the path of a plane headed in the opposite direction -- and he can't get through to ground control to get a fix. Heath is quietly terrified at the prospect of what may happen, not just for the obvious reason but also because he's experienced this situation once before and saved himself at the cost of the other plane and its crew. Meanwhile, flying in the opposite direction on the same course is a DC-7 commercial airliner flown by Dick Barnett (Dana Andrews), a veteran pilot, and carrying a full load of passengers, each with their own worries. Much of the first 85 minutes of this thriller is devoted to the passengers and crew of the airliner struggling with their personal problems, told in extensive flashbacks. Both Barnett and Heath have their personal trials, the latter including an unhappy marriage to a faithless wife (Rhonda Fleming); Barnett's troubles are more complicated, and concern long-time problems with his co-pilot, Mike Rule (John Kerr), whose own personal conflicts involve his artist father, his own conflicting love of flying and art, and his relationship with head stewardess Anne Francis (who never looked better than she does in this movie). The extensive flashbacks will push the patience of modern audiences almost to the breaking point, but they do pay off -- and except for the archaic late 1950s slang (which, ironically, was intended to make the movie seem up-to-date) that litters the dialogue, and a silly subplot involving a Broadway method actor on his way to Hollywood, the material is worth watching, despite the soap-opera-ish elements, as the suspense gets ratcheted up gradually. The movie piles on hints and clues (some of them false) about the impending danger that turn the last 20 minutes or so into a neat cinematic thrill-ride for its time.

Action | Disaster | Death | Disasters | Flying | Crashes
This product is made-on-demand by the manufacturer using DVD-R recordable media. Almost all DVD players can play DVD-Rs (except for some older models made before 2000) - please consult your owner's manual for formats compatible with your player. These DVD-Rs may not play on all computers or DVD player/recorders. To address this, the manufacturer recommends viewing this product on a DVD player that does not have recording capability.