An American doctor gets caught in the middle of a revolution when hes forced to operate on a South American dictator. 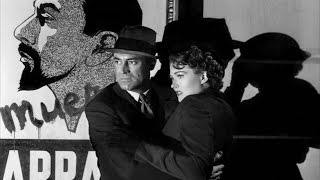 Eugene Ferguson pledged to help people when he became a doctor, but will he perform a life-saving surgery on a South American tyrant (Jose Ferrer) who's taken him captive? Yes, if Ferguson hopes to leave the troubled land. No, if he heeds the threats made by revolutionaries determined to overthrow the despot.

Cary Grant plays Ferguson, a physician navigating the unexpected terrain between a rock and a hard place in this political thriller that's the directorial debut of Richard Brooks (Elmer Gantry). The role is a change of pace for Grant, and he prepared for it with diligent study and observation of surgical procedures. The result is a portrayal rooted in reality and put across with the uncanny talent of one of film's greatest stars.

Cary Grant's utter credibility in the role of a brilliant, world-famous brain surgeon Dr. Eugene Norland Ferguson is the single element that keeps CRISIS afloat. While vacationing in a politically unstable Latin American country, Ferguson and his wife, Helen (Paula Raymond), find themselves the unwilling house guests of dictator Raoul Farrago (José Ferrer). Suffering from a brain tumor, Farrago insists that Ferguson operate at once. The "crisis" of the title arises when revolutionary leader Gonzales (Gilbert Roland) demands that Farrago be killed on the operating table -- and kidnaps Dr. Ferguson's wife to bind the bargain. Unaware of his wife's plight, Ferguson proceeds with the operation, setting into motion a series of events leading to a grimly ironic denouement. Director Richard Brooks adapted the screenplay of CRISIS from a story by George Tabori.

Kidnapping And Missing Persons | Spies | Thriller | Doctors | Espionage | Spy | Kidnapping | Vacations | Weapons | America | Democracy
This product is made-on-demand by the manufacturer using DVD-R recordable media. Almost all DVD players can play DVD-Rs (except for some older models made before 2000) - please consult your owner's manual for formats compatible with your player. These DVD-Rs may not play on all computers or DVD player/recorders. To address this, the manufacturer recommends viewing this product on a DVD player that does not have recording capability.