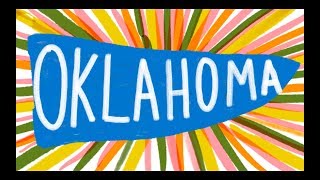 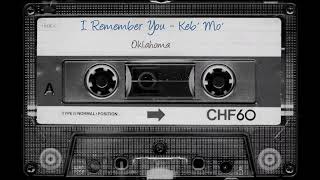 Audio Mixers: Alex Jarvis ; Dave Hagen; Joe Martino .
Liner Note Author: Keb' Mo'.
Recording information: Stu Stu Studio, Franklin, TN.
Photographers: Jeremy Cowart; Anthony Scarlati; Robbie Brooks-Moore; Christy Watkins.
Keb' Mo' named his 2019 album Oklahoma after the home state of Dara Tucker, the songwriter who co-wrote the title song with the veteran blues troubadour. Until that collaboration, Keb' Mo' planned to make an acoustic album, but "Oklahoma" opened the door to an expansive record that finds space for plenty of cameos (Rosanne Cash, Robert Randolph, and Taj Mahal all make appearances), not to mention understated protest. While the bluesman doesn't disguise his political songs -- the messages of "Put a Woman in Charge" and "Don't Throw It Away" are plain in their titles -- he does wrap them in the same cozy groove that characterizes the rest of the record. This isn't sugarcoating a poison pill so much as it is reflecting the easy, soulful gait Keb' Mo' has at this stage of his career. Keb' Mo' may not move quickly, yet he moves confidently, inhabiting the heartbreak of "This Is My Home" as thoroughly as he does the back-porch stomp of "Ridin' on a Train." While "Ridin' on a Train" isn't the only cut that wears its blues roots proudly -- "I Should've" is a wry catalog of regrets -- much of Oklahoma feels smooth and soulful, a sound that suits Keb' Mo' quite well. ~ Stephen Thomas Erlewine