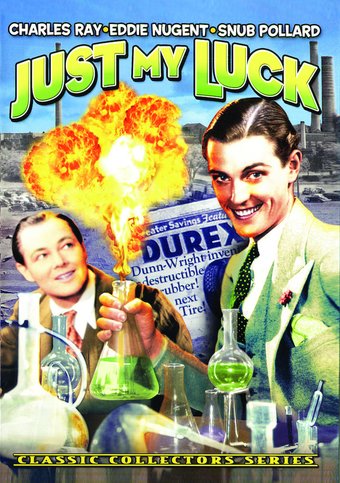 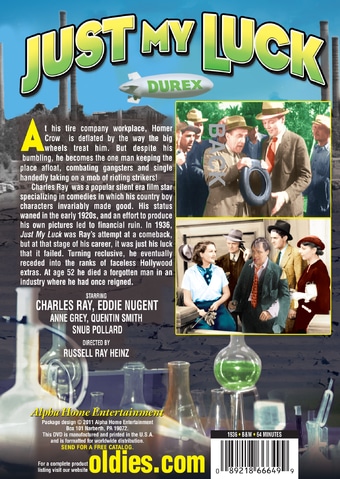 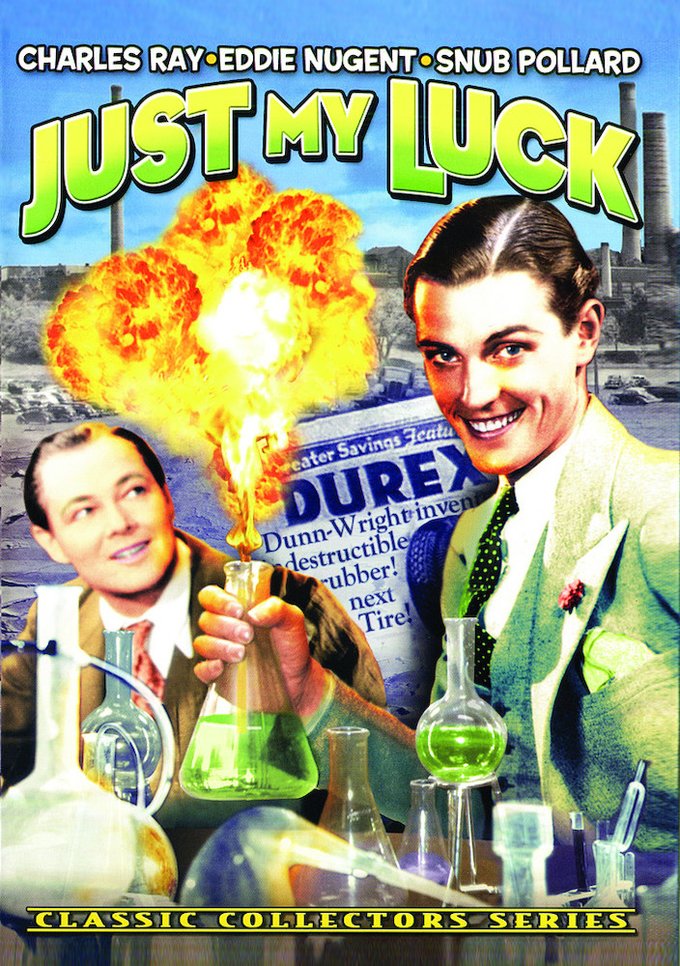 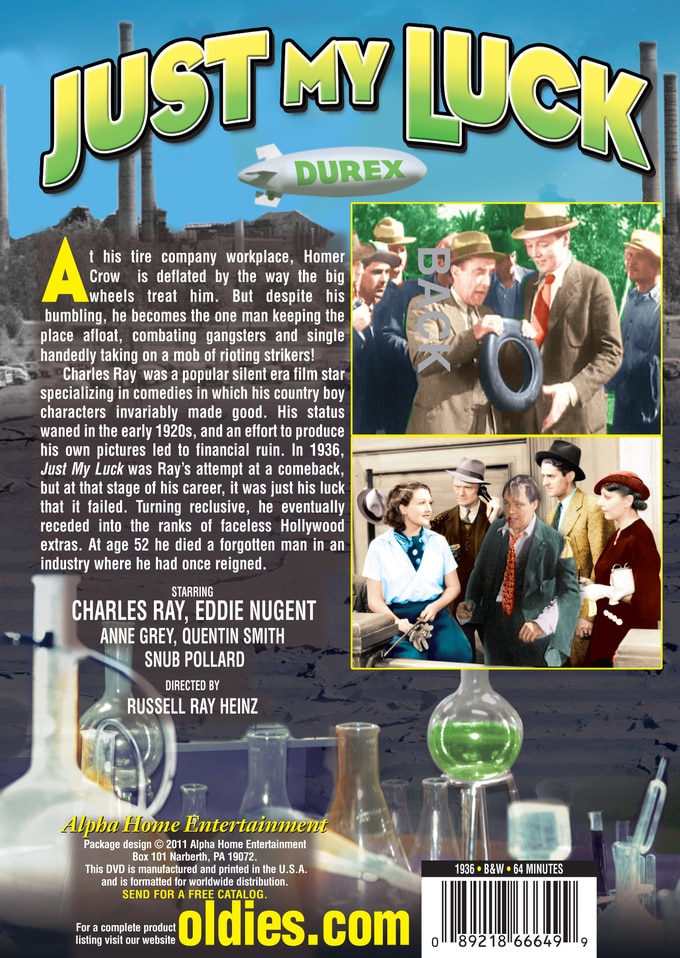 At his tire company workplace, Homer Crow is deflated by the way the big wheels treat him. But despite his bumbling, he becomes the one man keeping the place afloat, combating gangsters and single handedly taking on a mob of rioting strikers!

Charles Ray was a popular silent era film star specializing in comedies in which his country boy characters invariably made good. His status waned in the early 1920s, and an effort to produce his own pictures led to financial ruin. In 1936, Just My Luck was Ray's attempt at a comeback, but at that stage of his career, it was just his luck that it failed. Turning reclusive, he eventually receded into the ranks of faceless Hollywood extras. At age 52 he died a forgotten man in an industry where he had once reigned.

Though now all but forgotten, early 20th Century actor Charles Ray once reigned as one of the most popular comedic film stars of the silent era. Tragedy struck, however, when Ray made an ill-advised attempt to produce his own films at the outset of the 1920s; the movies bombed with the public and drove Ray into financial ruin. JUST MY LUCK represented his unsuccessful attempt at a comeback. It stars Ray as Homer Crow, an employee in a tire company who grows despondent over the way he gets treated by management. In time , however, he goes from zero to hero, by single-handedly saving the company from gangsters and strikers.

20%off
Confessions of a Teenage Drama Queen
$4.98 Super Savings
Add to Cart