Covers the period from Lincoln's early years as a Kentucky woodsman until his election to the Presidency in 1860. 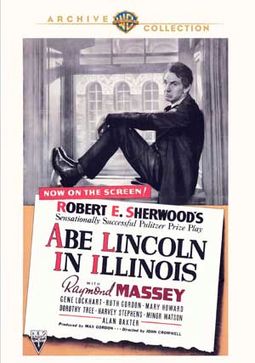 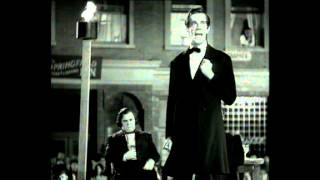 Among the most masterful matchups of actor and role in screen history is this stirring film of Robert E. Sherwood's beloved play taking a thoroughly human look at the early years of our 16th President, with all his frailties and strength of character. Best Actor Oscar nominee Raymond Massey (who originated the role on stage) wonderfully plays the future Great Emancipator in a chronicle of his backwoods childhood through his first romance with Ann Rutledge (Mary Howard) to his phenomenal rise to President Elect, besting the great orator Stephen Douglas (Gene Lockhart). Ruth Gordon also does memorable work as driven, ambitious Mary Todd Lincoln, whose vision of Abe's leadership destiny will not be denied by anyone - including her often reticent husband. There's also no denying the enduring emotional power of this simple, magnificent movie.

Director John Cromwell (OF HUMAN BONDAGE) brings Robert Sherwood's enormously popular Pulitzer Prize-winning play about the life and times of America's 16th president to the silver screen. Raymond Massey stars in the role that would make his face synonymous with that of the martyred president. In scenes that span from Lincoln's early days as a modest shopkeeper to his reluctant decision to run for political office, Massey's performance is consistently brilliant, carrying the audience into the struggles of the man the world came to know as the Great Emancipator. In addition to delving into major social and political events from 1831 to 1860, the story explores Lincoln's romance with Ann Rutledge (Mary Howard), her subsequent death from brain fever, and the misery placed upon him by his mentally unstable wife, Mary, played passionately by Ruth Gordon in her screen debut. The Lincoln-Douglas debates are written and performed with chilling expertise, while James Wong Howe's succulent cinematography combines with excellent art direction and costuming to create a stirring vision of America's rural past. ABE LINCOLN IN ILLINOIS presents a beautiful and moving character study of one of America's greatest heroes.