LASHED TOGETHER BY THE SAME SIN AND THE SAME SECRET! 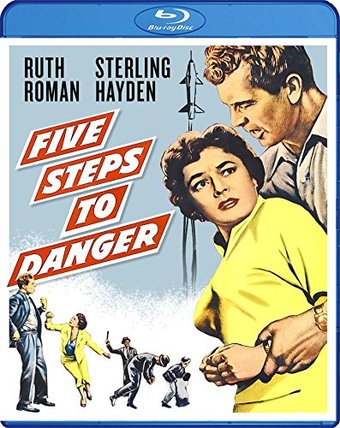 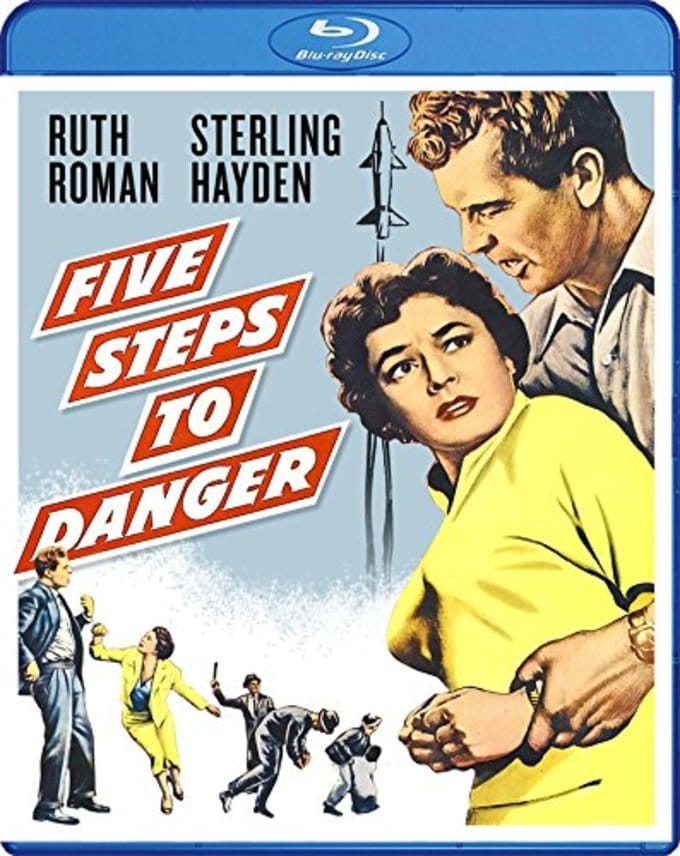 1K ratings
Out of Print: Future availability is unknown
Notify Me When Available
Add to Wishlist
Format:  Blu-ray
item number:  6H44D
91% recommend us! 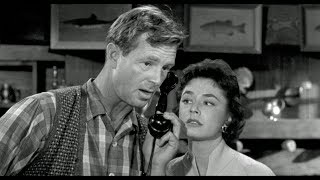 Restored from the original camera negative and presented in 1.85:1 original aspect ratio. First time on any home video format.

Stranded in a small California town after experiencing car trouble, vacationing John Emmett is spared the tedium of bus travel when he has a chance meeting with Ann Nicholson—who offers him a lift if he'll agree to split the driving duties to Santa Fe. He soon learns that Ann is actually a patient recovering from a nervous breakdown, however, and a simple little road trip blossoms into a Cold War nightmare as the couple are ensnared in a web of mystery involving vital national security secrets!

Based on Donald Hamilton's "The Steel Mirror" (serialized in The Saturday Evening Post in 1948), 5 Steps to Danger stars film noir icon Sterling Hayden (The Asphalt Jungle) as a Hitchcockian hero innocently up to his neck in intrigue and danger. Ruth Roman, no stranger to noir films herself (The Window), is Hayden's love interest: a woman whose suspicious background makes her someone difficult to trust.

Directed by Henry Kessler, Danger also features several familiar classic TV faces among its supporting cast: Werner Klemperer, a two-time Emmy winner as Colonel Klink on Hogan's Heroes, portrays a psychiatrist, and daytime drama doyenne Jeanne Cooper (The Young and the Restless) is Roman's concerned nurse. Stir in uncredited contributions from Sidney Clute (Cagney & Lacey) and Ken Curtis (Gunsmoke), and you have in 5 Steps a Danger a crackling good suspense thriller that will keep you guessing to the very end!

FIVE STEPS TO DANGER was adapted from thenovel THE STEEL MIRROR by Donald Hamilton. When her scientist brother is killed in East Berlin, Ruth Roman finds herself in possession of a secret code, engraved on the back of a mirror. To prevent Ruth from delivering the secret information to the authorities, double agent Werner Klemperer has her committed to a mental institution. She finds an unlikely savior in the form of misanthropic drifter Sterling Hayden. Producer-director Henry S. Kesler also penned the numbingly complicated screenplay.