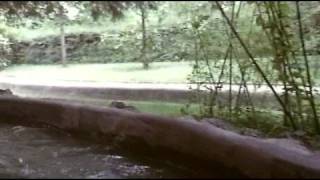 Claude Chabrol cast his longtime screenwriter, collaborator, and friend, Paul Gegauff, and his whole family, in THE PLEASURE PARTY, a semi-autobiographical story written by Gegauff about the slow and torturous destruction of a family at the hands of an egomaniacal and self-destructive man. Paul and Esther seem to live an idyllic life, unclouded by the conventional stresses of marriage. They even sleep with other people, at the behest of Paul. However, Paul, unable to witness his wife enacting his scheme for the ideal marriage, reacts violently when Esther sleeps with Habib, a guest at one of the couple's rollicking free-for-all parties. Paul unleashes an unrelenting stream of subtle and severe brutality, jealousy, and cruelty. Like many Chabrol films, what starts as a social commentary turns into a murder mystery as the ramifications of Paul's cruelty turn to violence. Filmed against the backdrop of a dramatic and sunny home, Chabrol's tale of male power and fatal egotism becomes even more psychologically traumatic when it is juxtaposed against the family's happy moments.

Once Were Warriors
$24.10 Super Savings
Add to Cart

Once Were Warriors (Blu-ray)
$31.80 Super Savings
Add to Cart