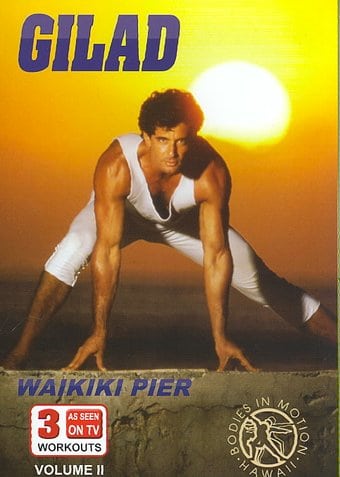 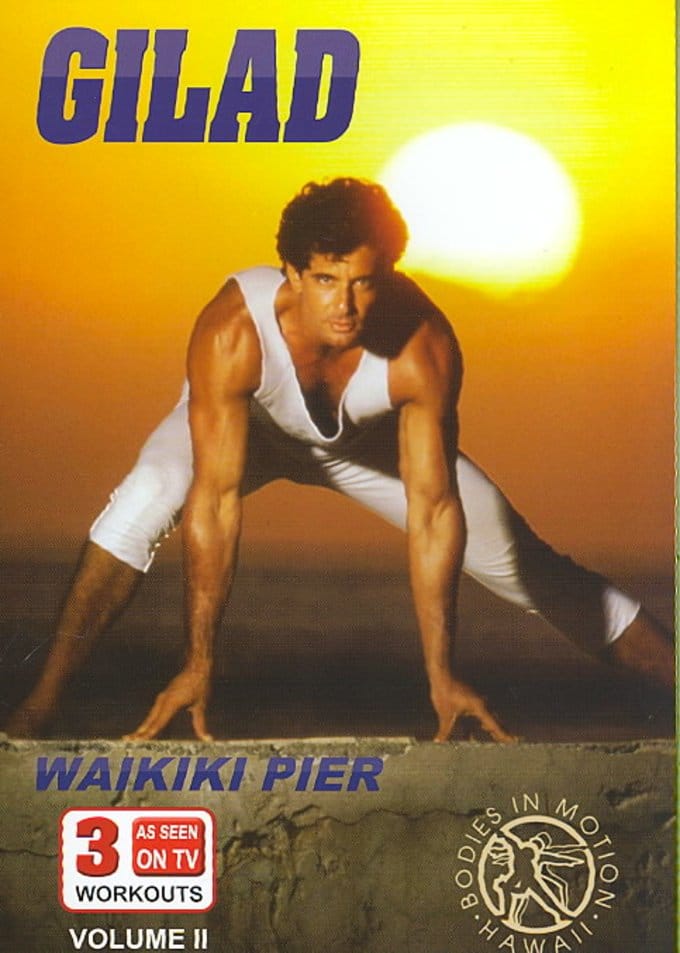 An innovator in the fitness world, Gilad Janklowicz created BODIES IN MOTION, the first fitness show to occupy a regular timeslot on television. Running for 11 years on ESPN, the show gave housewives and athletes an easy way to exercise in their own homes. In this collection of episodes, Gilad heads to the pier at Waikiki Beach for a series of invigorating workouts that soon have the instructor battling the tide!

The world's most popular fitness instructor presents the "Bodies in Motion: As Seen on TV" DVDs, compilations of favorite episodes from the legendary television series, all newly-remastered and never before on DVD! Volume 2: Waikiki Pier - Gilad and the Bodies in Motion team exercise on a scenic pier in front of the "Shore Bird" in Waikiki with spectacular views of Diamond Head across the shimmering ocean. Show #804 features Gilad, Felicia, Wendy, Bill and Nina covering Hips, Thighs, Buns, Hamstrings and Abs. Show #806 - watch out for the rising tides as some of our younger participants are getting washed by the waves, features: Gilad, Felicia, Wendy, Bill, Michelle and 4 school kids as guests covering Inner and Outer Thighs, Hips and Abs. Show #807 - now the tide is high and waves are washing all over the set but nothing will step Gilad and his enthusiastic group from getting you through the workout! Features Gilad, Kent, Trella, Michelle and Eric covering Shoulders, Chest, Thighs, Core and Obliques. Taped on exotic beaches in Hawaii, Bodies in Motion with Gilad has been seen in 80 countries world wide! Broadcasting on ESPN, Fox Sports, Eurosports, The Health Network, Discovery Health and Fit TV the show is officially recognized as the #1 fitness show in the US!