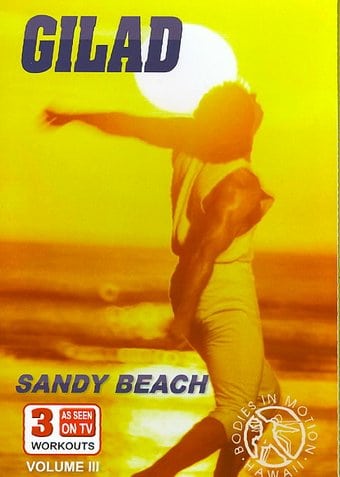 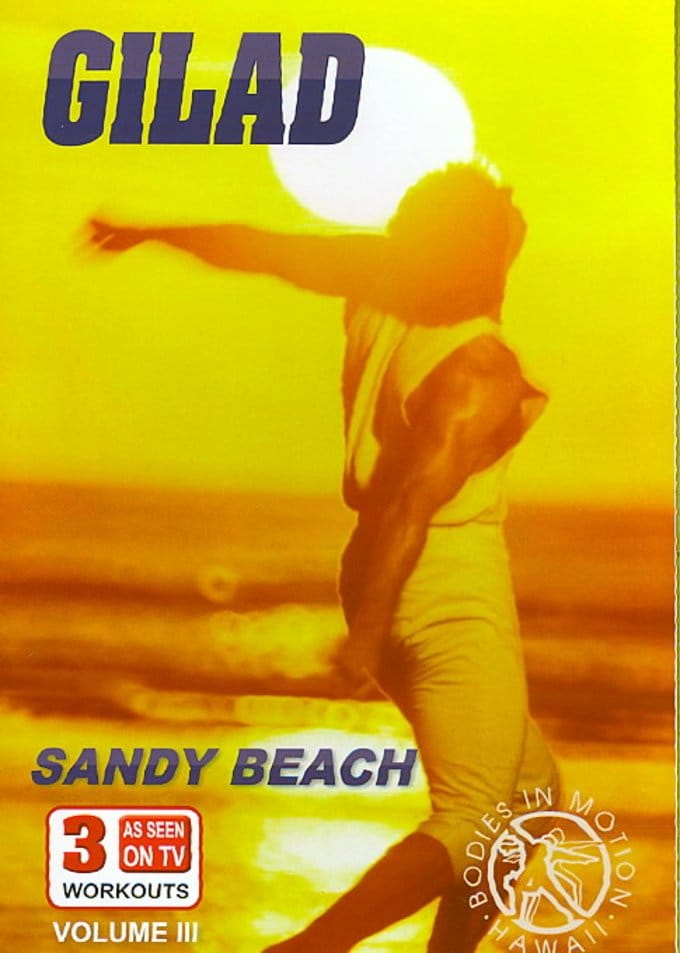 An innovator in the fitness world, Gilad Janklowicz created BODIES IN MOTION, the first fitness show to occupy a regular timeslot on television. Running for 11 years on ESPN, the show gave housewives and athletes an easy way to exercise in their own homes. The rolling surf of Oahu's Sandy Beach offers the alluring backdrop to this collection of workouts designed to sculpt the whole body.

The world's most popular fitness instructor presents the "Bodies in Motion: As Seen on TV" DVDs, compilations of favorite episodes from the legendary television series, all newly-remastered and never before on DVD! Volume 3: Sandy Beach - It is a beautiful sunny day at Sandy Beach on the south shore of Oahu as Gilad and his team put you though the paces with breathtaking shore breaks visible in the background. Show #917 features Gilad, Bill, Sue, Felicia and Jason covering Hips, Quads, Outer Thighs, Upper Abs, Lower Abs and Obliques. Show #918 features Gilad, Bill, Gabby, Trella and Emily, as well as her little sister, who joins in and gives everyone else a run for their money covering Chest, Outer Thighs, Inner Thighs and Abs. Show #919 features Gilad, Sue, Felicia, Jason, Emily and her brother Brad ("Muscle Face") covering Hips, Thighs, Buns, Lower Abs, Upper Abs and Obliques. Taped on exotic beaches in Hawaii, Bodies in Motion with Gilad has been seen in 80 countries world wide! Broadcasting on ESPN, Fox Sports, Eurosports, The Health Network, Discovery Health and Fit TV the show is officially recognized as the #1 fitness show in the US!