In his effort to support his family an essentially honest young man decides to resort to crooked activities. 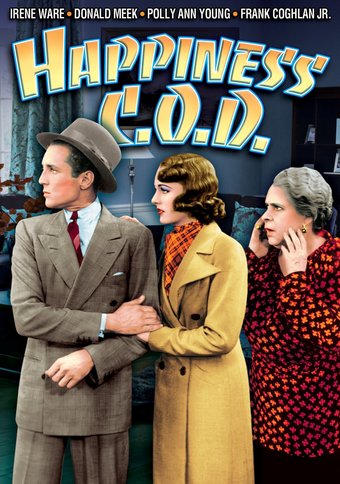 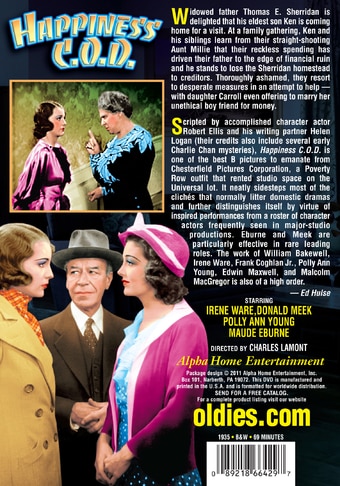 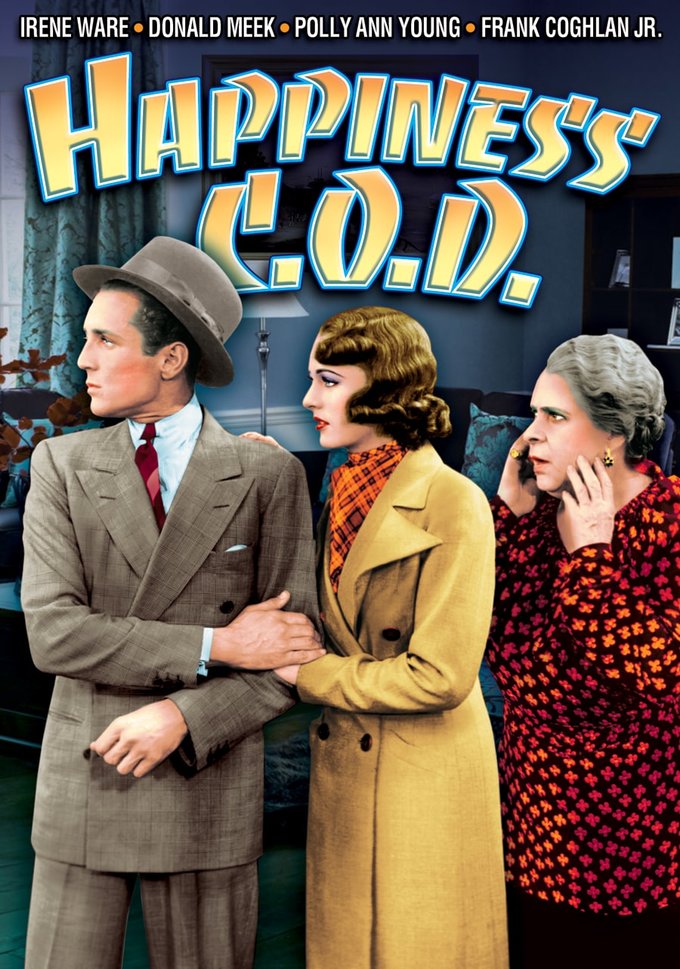 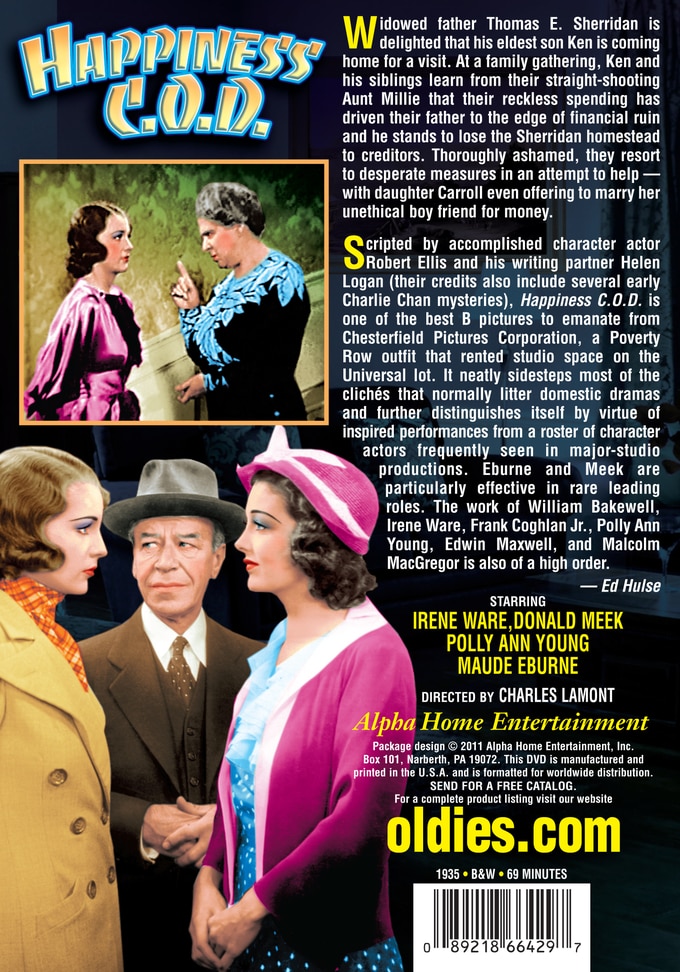 Widowed father Thomas E. Sherridan is delighted that his eldest son Ken is coming home for a visit. At a family gathering, Ken and his siblings learn from their straight-shooting Aunt Millie that their reckless spending has driven their father to the edge of financial ruin and he stands to lose the Sherridan homestead to creditors. Thoroughly ashamed, they resort to desperate measures in an attempt to help - with daughter Carroll even offering to marry her unethical boy friend for money.

Scripted by accomplished character actor Robert Ellis and his writing partner Helen Logan (their credits also include several early Charlie Chan mysteries), Happiness C.O.D. is one of the best B pictures to emanate from Chesterfield Pictures Corporation, a Poverty Row outfit that rented studio space on the Universal lot. It neatly sidesteps most of the cliches that normally litter domestic dramas and further distinguishes itself by virtue of inspired performances from a roster of character actors frequently seen in major-studio productions. Eburne and Meek are particularly effective in rare leading roles. The work of William Bakewell, Irene Ware, Frank Coghlan Jr., Polly Ann Young, Edwin Maxwell, and Malcolm MacGregor is also of a high order.

HAPPINESS C.O.D was one of the last productions from flagging Chesterfield. Perennial supporting player Maude Eburne assumes the leading role as Aunt Addie, philosophical matriarch of a large, rambunctious brood. Dipping deep into her own pockets, Addie must constantly bail out her less-practical brother Thomas Sheridan (Donald Cook), whose construction business is constantly overextended at the bank because of his selfish, spendthrift children. Eventually deserted by his ungrateful offspring, Sheridan faces eviction and bankruptcy. But Aunt Addie, fed up with seeing her brother stepped upon, rallies the whole family together in the nick of time. Cast as Sheridan's youngest son Larry was Frank Coghlan Jr., a prominent juvenile actor since the silent era.