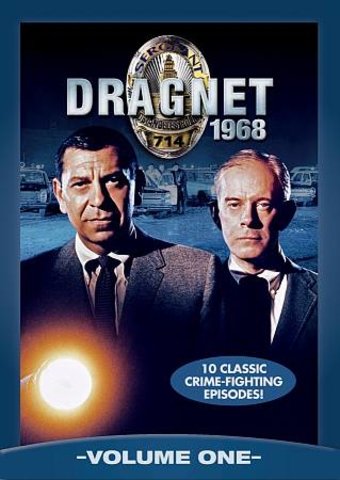 When it cropped up again in 1967 following a hiatus of seven years, the Jack Webb police procedural DRAGNET (initially re-titled DRAGNET '67 with the year adjusted for each of the following three seasons) seemed retailored to suit the period. Episodes often dealt with issues germane to the late 1960s, such as counterculture excesses, LSD use, and student protests, and were filmed in color, which gave the "new" DRAGNET a distinct look and feel. Season Two contained 29 episodes and ran from September 1967 through March 1968; labeled "Dragnet, Vol. 1," this set contains the first 10 consecutive episodes from the second season. Installments include: "The Shooting Board," "The Bank Jobs," "The Big Frustration," "The Big High" and "The Big Ad."