A righteous cowboy infiltrates a gang of murderers in an effort to uncover the killer of his best friend. 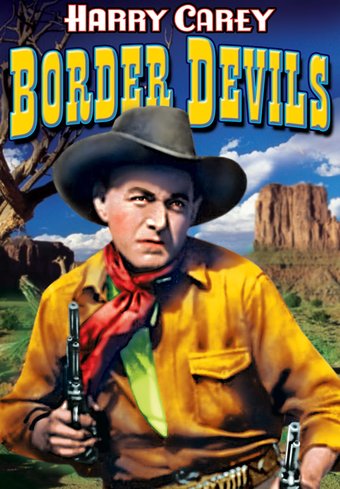 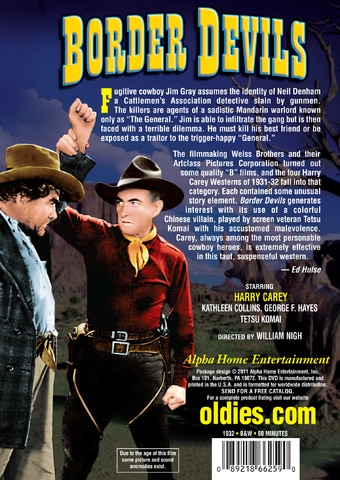 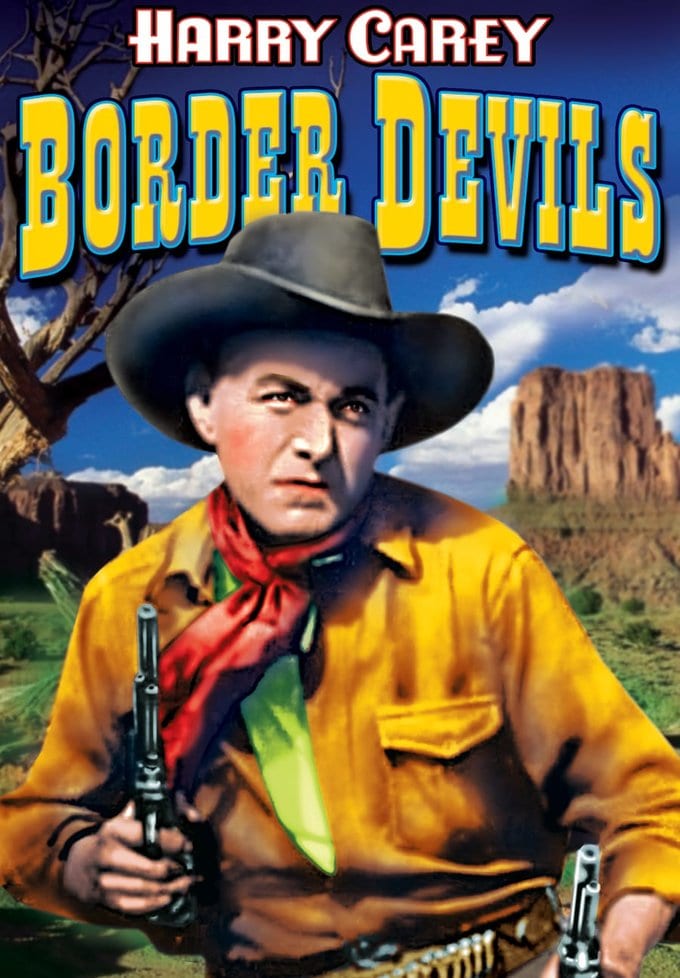 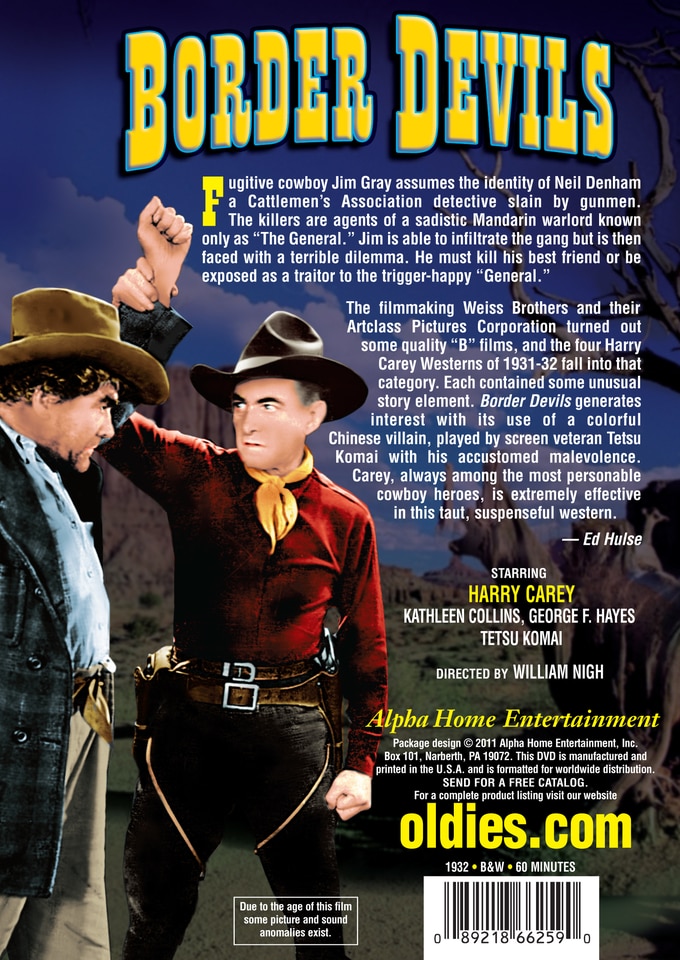 Fugitive cowboy Jim Gray assumes the identity of Neil Denham a Cattlemen's Association detective slain by gunmen. The killers are agents of a sadistic Mandarin warlord known only as "The General." Jim is able to infiltrate the gang but is then faced with a terrible dilemma. He must kill his best friend or be exposed as a traitor to the trigger-happy "General."

The filmmaking Weiss Brothers and their Artclass Pictures Corporation turned out some quality "B" films, and the four Harry Carey Westerns of 1931-32 fall into that category. Each contained some unusual story element. Border Devils generates interest with its use of a colorful Chinese villain, played by screen veteran Tetsu Komai with his accustomed malevolence. Carey, always among the most personable cowboy heroes, is extremely effective in this taut, suspenseful western.

Weather-beaten Harry Carey stars as an old-time Westerner who ends up in jail on a trumped-up charge. Carey busts out of the calaboose to prove his innocence and unmask the genuine culprit, Albert J. Smith. It turns out that Smith is in league with a mysterious frontier Fu Manchu, who's been operating a lucrative alien-smuggling racket. Our hero likewise reveals the identity of the mystery villain, who spends most of the picture as a mere shadow on the wall. Based on a novel by Murray Lenister, BORDER DEVILS evidently underwent a great deal of rewriting from script to screen, if its pressbook (containing an entirely different synopsis) is any indication.

Prison / Prisoners | Cowboys | Outlaws | Escape | Desert | Gangsters | Mountains
This product is made-on-demand by the manufacturer using DVD-R recordable media. Almost all DVD players can play DVD-Rs (except for some older models made before 2000) - please consult your owner's manual for formats compatible with your player. These DVD-Rs may not play on all computers or DVD player/recorders. To address this, the manufacturer recommends viewing this product on a DVD player that does not have recording capability.

It's a Boy Girl Thing
$8 Super Savings
Add to Cart