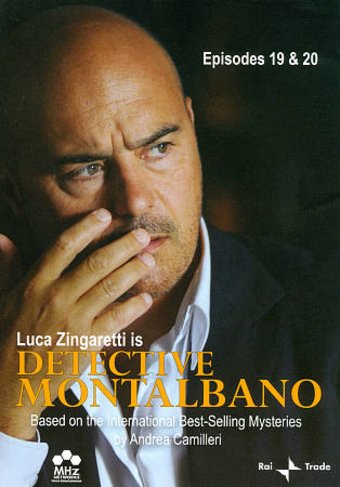 Actor Luca Zingaretti returns as one of Italy's most popular sleuths, Detective Montalbano, in this box set featuring episodes 19 and 20 from the character's eponymous television series. First up is THE POTTER'S FIELD, in which a dismembered body turns up in the ocean and seems to have a mysterious connection to Montalbano's friend Mimi - who begins acting strangely and then insists on handling the investigation himself. Next on the bill is THE DANCE OF THE SEAGULL, involving the mysterious disappearance of deputy Fazio. Montalbano initially suspects that the fellow is off on an investigation which has gone awry, but as time passes, he discovers foreboding signs of a shootout - and learns that his dear friend may have been captured by hoods and thrown into a desiccated well.