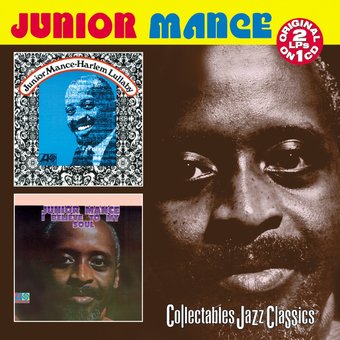 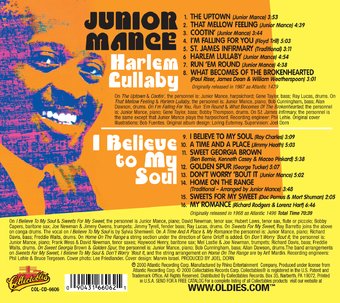 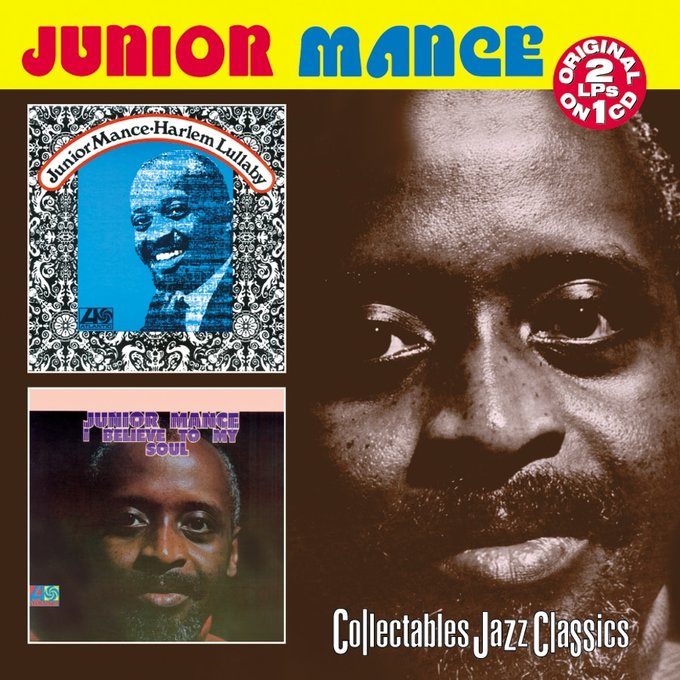 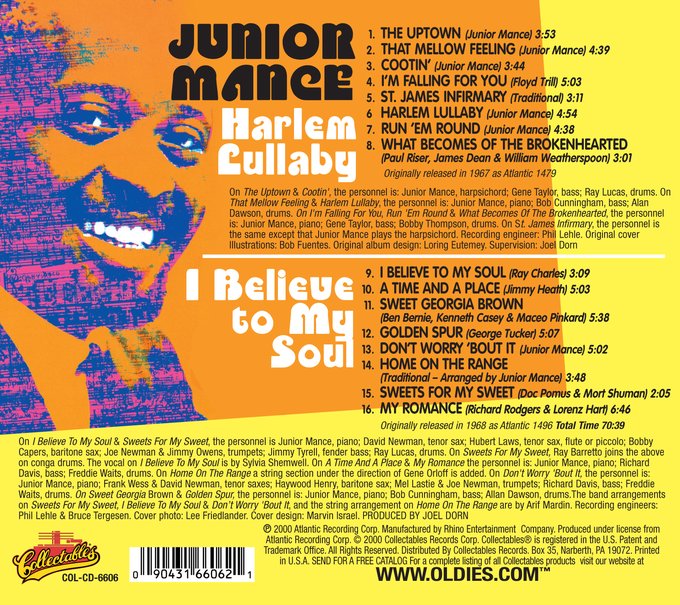 Jazz pianist Junior Mance was a genius at performing pop, jazz, and blues standards . On "Harlem Lullaby," he also proves to be a master of the harpsichord. This compact disc brings together the first two LPs Mance recorded for Atlantic and showcases Mance's piano playing in a variety of ways. Contributors on "I Believe" include David Newman, Hubert Laws and Freddie Waits.

Junior Mance
For Dancers Only
$15.40
Add to Cart

60%off
Eddie Harris
Free Speech / That Is Why You're Overweight TOP 100 Bestseller
$5.98
Add to Cart