In Tita's kitchen, ordinary spices become a recipe for passion.

43K ratings
Out of Print: Future availability is unknown
Notify Me When Available
Add to Wishlist
Format:  Blu-ray
sku:  39VC2
Our customers love us! 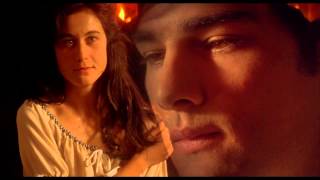 A sensuous comic fable of a young Mexican woman's tortured life and her main influences--her domineering mother, her forbidden lover, and the overwhelmingly sensual power of food and cooking. Based on the novel by Laura Esquivel.

Tita, as the youngest of three daughters, is condemned by family tradition never to marry, but to spend her life caring for her mother. However, Tita has fallen in love with a young man and he with her. When Tita's mother refuses to let them wed, and suggests that he marry her other daughter instead, Tita takes revenge: by allowing her passions to surface through her cooking, she manipulates the emotions of all who eat her food -- with some very strange and magical results.