You'll beWITCHED! You'll beDAZZLED! You'll be swept into a world of enchantment BEYOND ANYTHING BEFORE! 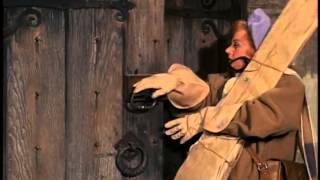 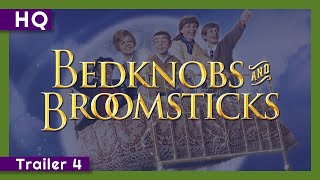 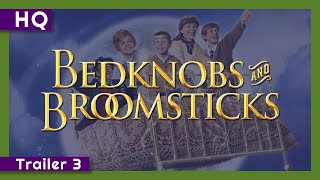 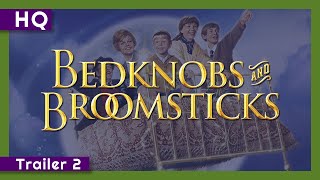 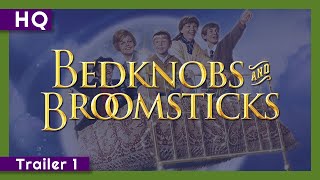 In England during World War II, three young kids are forced to evacuate their home and move in with the eccentric Eglantine Price (Angela Lansbury). At first the youths are unhappy--until they discover that Eglantine is studying to become a witch. Eglantine teaches the children magic, using her new powers to take them on fantastic, fun-filled adventures, all of which they experience on a flying bedframe. But when the neophyte witch decides to use her powers to help the Brits win the war, will she succeed...or will she just create more havoc' Robert Stevenson directs this delightful Disney film that mixes live action and animation splendidly.

BEDKNOBS AND BROOMSTICKS is a delightful Disney production that combines live-action and animated sequences. A novice witch aids the British forces during WWII with the help of her young sidekicks. Along the way, they travel to a mystical land inhabited by talking animals where they must take possession of an amulet that holds the key to defeating the bad guys.