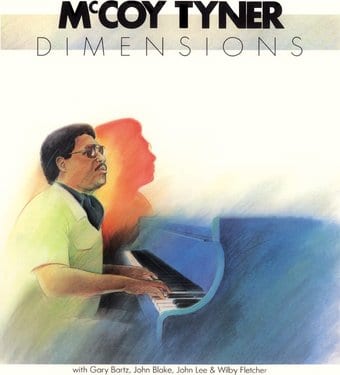 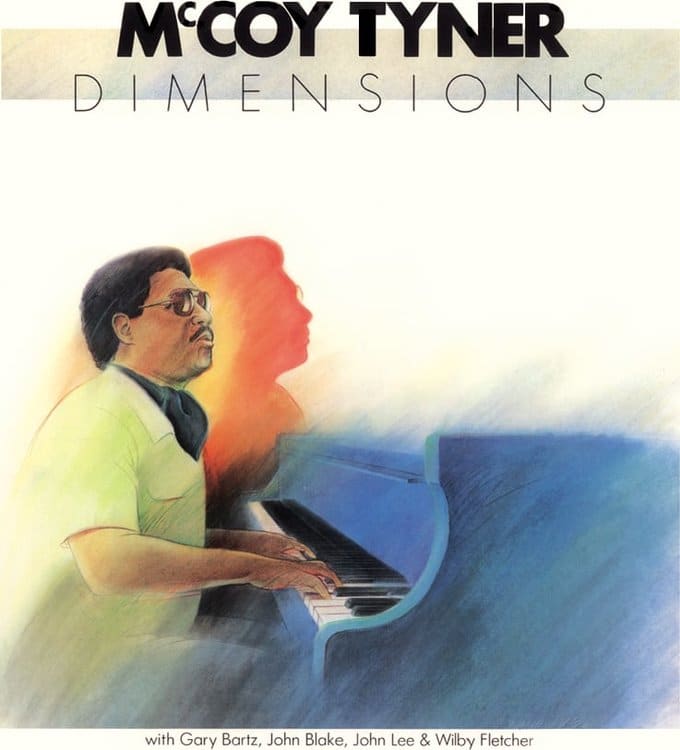 Though McCoy Tyner began his career as part of John Coltrane's quintessential quartet, it is his carrer after Coltrane that is so impressive. No jazz pianist has had more influence on the instrument in the past 50 years. Dimensions was originally released by Elektra in 1984, and had been out of print for many years until now. This fantastically original album features Tyner's most impressive lineup with artists such as bassist John Lee and drummer Wilby Fletcher.

Personnel: McCoy Tyner (piano); Gary Bartz (saxophone, alto saxophone); John Blake (violin); Wilby Fletcher (drums); John Lee.
Liner Note Author: McCoy Tyner.
On this long out of print LP from the defunct Elektra Musician label, (reissued on CD by Collectables in 2005), pianist McCoy Tyner is featured in one of his strongest groups, a quintet with altoist Gary Bartz, violinist John Blake, bassist John Lee, and drummer Wilby Fletcher. A transitional set between Tyner's adventurous Milestone albums and his later repertoire (which falls in the tradition but still sounds quite original), this album has two standards ("Prelude to a Kiss" and "Just in Time"); Bartz's tribute to Thelonious Monk ("Uncle Bubba"); and one original apiece by Tyner, Blake, and Lee. Excellent music. ~ Scott Yanow