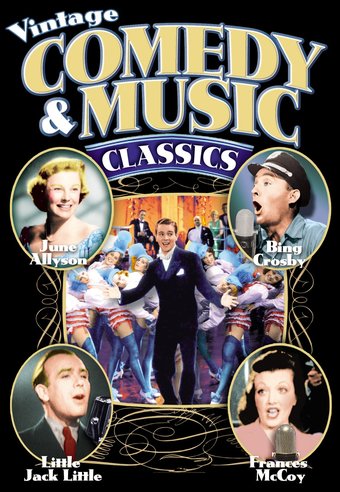 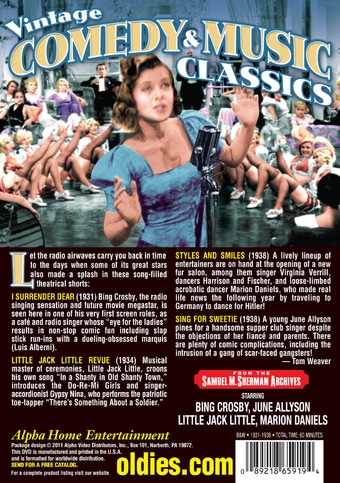 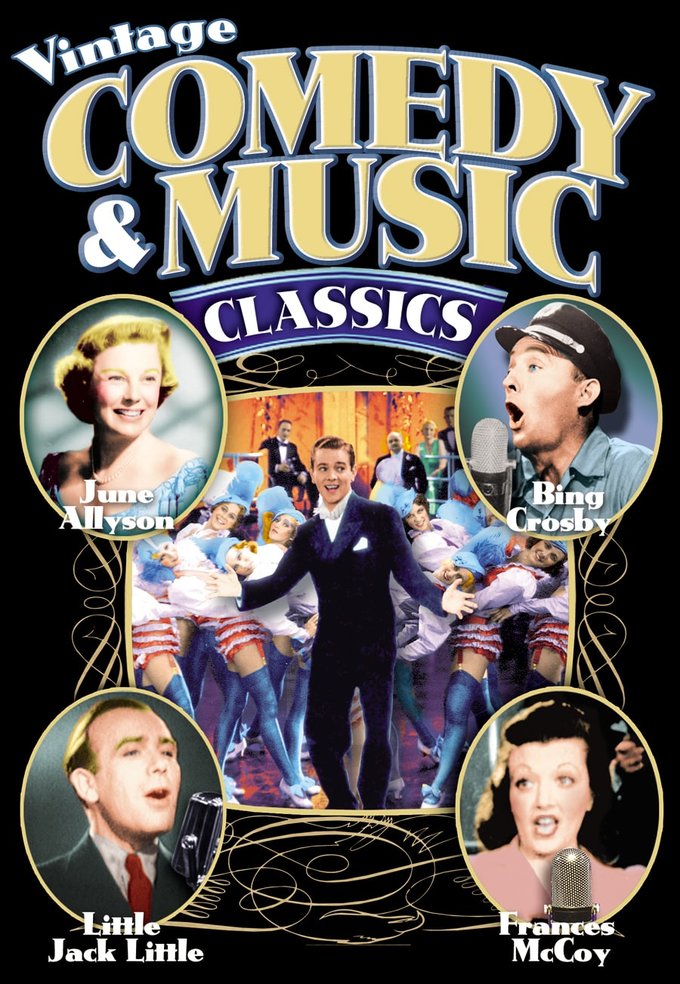 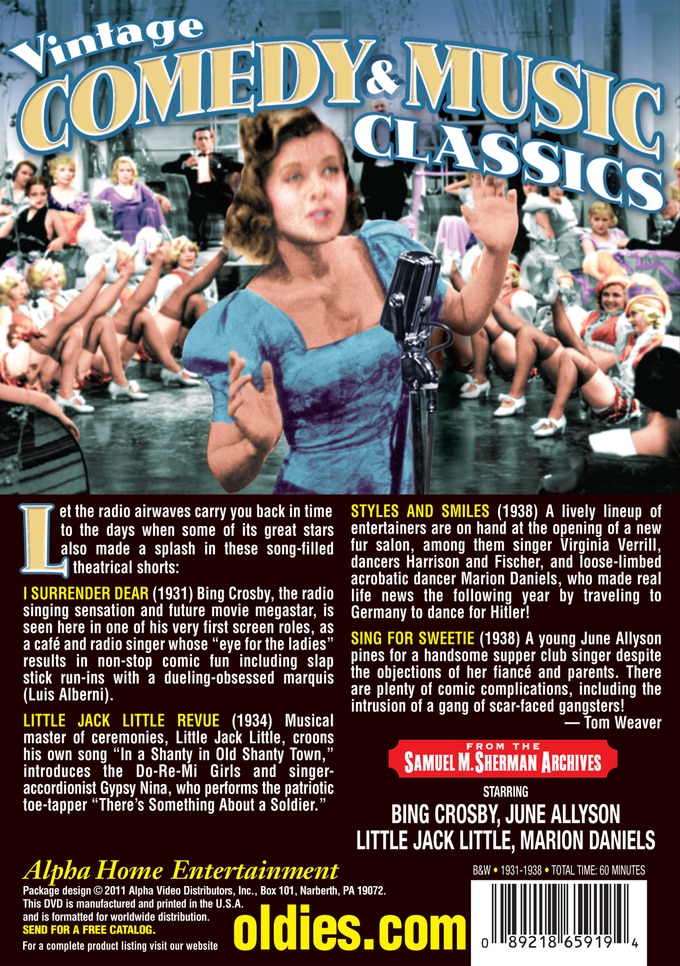 Let the radio airwaves carry you back in time to the days when some of its great stars also made a splash in these song-filled theatrical shorts:

I Surrender Dear (1931): Bing Crosby, the radio singing sensation and future movie megastar, is seen here in one of his very first screen roles, as a cafe and radio singer whose "eye for the ladies" results in non-stop comic fun -- including slapstick run-ins with a dueling-obsessed marquis (Luis Alberni).

Little Jack Little Revue (1934): Musical master of ceremonies, Little Jack Little, croons his own song "In a Shanty in Old Shanty Town," introduces the Do-Re-Mi Girls and singer-accordionist Gypsy Nina, performs the patriotic toe-tapper "There's Something About a Soldier."

Styles and Smiles (1938): A lively lineup of entertainers are on hand at the opening of a new fur salon, among them singer Virginia Verrill, dancers Harrison and Fischer, and loose-limbed acrobatic dancer Marion Daniels, who made real-life news the following year by traveling to Germany to dance for Hitler!

Sing for Sweetie (1938): A young June Allyson pines for a handsome supper club singer despite the objections of her fiance and parents. There are plenty of comic complications - including the intrusion of a gang of scar-faced gangsters!