631 ratings
Currently Out of Stock: We'll get more as soon as possible
Notify Me When Available
Add to Wishlist
Format:  DVD
sku:  XNJ 0054D
92% recommend us! 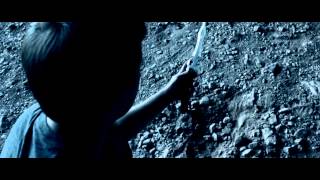 A young woman and her troubled sibling struggle against the vengeful spirit of Hollywood's most tragic figure in this low-budget tale of supernatural terror. Over 60 years after Elizabeth Short achieved immortality as "The Black Dahlia" Holly arrives in Los Angeles, and learns that her blind brother Tyler stands accused of murdering their parents. Tyler is plagued by terrifying nightmares, and lately he's begun sketching a woman who's the spitting image of Short. As Tyler's doctor searches for answers, Holly, too, begins experiencing sinister visions of Short, who offers to ease her mental anguish. The battle for Holly's soul has commenced, leaving her with no other choice but to face the specter of death head on, and pray she has the power to emerge victorious.

18%off
The St. Francisville Experiment
$12.30 Super Savings
Add to Cart