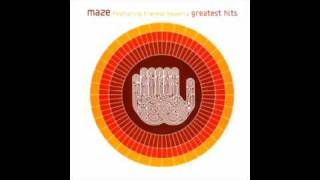 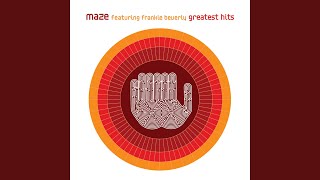 Liner Note Author: Gail Mitchell.
Representative of the transition between late-1970s funk and the smooth R&B that came to dominate '80s pop radio, Frankie Beverly's Maze is rightfully recognized as an important band in the genre. This 2004 compilation brings together 18 of Maze's finest moments, ranging from 1979's bass-popping jam "Workin' Together" to the silky, Quiet Storm vibe of 1993's "The Morning After." In between is more than a decade's worth of accessible soul, including lock-step funk ("Running Away"), slow-pulse love balladry ("Never Let You Down"), and lounge-ready mid-tempo grooves ("We Are One").
Leader, songwriter, and singer Frankie Beverly is the focus here, and his smooth-as-butter croon, complete with emotive R&B embellishments, shines throughout. Though influenced by such '70s acts as Funkadelic, Smokey Robinson, and Marvin Gaye (Gaye, incidentally, helped Maze get its professional start), the music of Beverly and company is undeniably '80s, dominated by synthesizer, polished production, and a post-disco dance sensibility (as on the strong cut "Back in Stride"). The two live tracks--the audience-participation number "Joy & Pain," and "Happy Feelin's," the band's signature tune--are a bonus to this definitive greatest-hits package.

Bobby Womack
The Best of the Soul Years
$16.30
Add to Cart

Jr. Walker & The All Stars
The Definitive Collection (CD)
$10
Add to Cart

49%off
Maze
Feel That You're Feelin' / Southern Girl
$2.55 Super Savings
Add to Cart