Get email alerts for DJ Quik
Currently Out of Stock: We'll get more as soon as possible
Notify Me When Available
Add to Wishlist
Format:  CD
item number:  ZDP 12
Our customers love us! 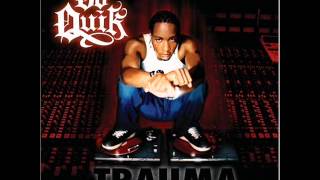 Additional personnel: Chingy, AMG, Jodeci, Ludacris, Nate Dogg, T.I., B Real, The Game , Wyclef Jean.
DJ Quik is the essence of West Coast hip-hop, having been there from the early days when Compton was asserting itself as the voice of rap as the 1980s bled into the '90s, and Trauma, the rapper/producer's seventh album and first in three years, finds Quik as relevant and potent in both lyrics and beats as when he dropped Quik Is the Name. Never flashy, Quik finds art in simplicity, as with the laid-back groove of "Black Mercedes," and the rapid-fire spitting about relationships and distractions on "Catch 22."