Alternative Press: "...Rarely has a band so dextrously combined such apparently discordant elements into such a delicious whole..."

Get email alerts for The Offspring
365 ratings
Currently Out of Stock: We'll get more as soon as possible
Notify Me When Available
Add to Wishlist
Format:  CD
sku:  HHSJ
Our customers love us! 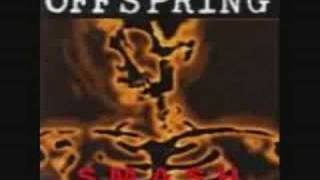 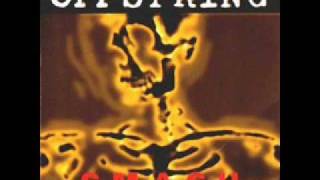 The Offspring-Smash-Gotta Get Away (Music Video)

Rolling Stone - 11/3/94, p.98
3 Stars - Good - "...Call 'em punks if you want to, but a song ["Come Out And Play"] this cannily designed, arranged and executed is worthy of the best rock-songwriting tradition..."
Alternative Press - 8/94, p.89
"...Rarely has a band so dextrously combined such apparently discordant elements into such a delicious whole..."
Musician - 8/94, p.90
"...Fortunately it doesn't take a genius to appreciate Offspring's simple songwriting smarts...A nice shot of adrenaline from a socially concious syringe..."
NME (Magazine) - 9/3/94, p.51
6 - Good - "...Being dynamically punk and showing a wide perspective aren't mutually exclusive. When Offspring discover that, they'll be bloody dangerous..."

Offspring: Dexter Holland (vocals, guitar); Noodles (guitar, background vocals); Greg K (bass); Ron Welty (drums, background vocals).
Additional personnel: Jason "Blackball" McLean (vocals).
Recorded at Track Record, North Hollywood, California.
All songs written by Offspring except "Killboy Powerhead" (The Didjits).
The Offspring (US): Dexter Holland (vocals, guitar); Noodles (guitar); Greg K. (bass guitar); Ron Welty (drums).
Building off the success of its Orange County, California hardcore roots and a feature spot in snowboarding advertisements, Offspring is suddenly seeing more commercial success that it ever could have dreamed of when it was formed as yet another Southern California hard-core punk act in 1991.
SMASH is a generous helping of guitar power-pop. The delightful Middle-Eastern surf guitar on "Come Out And Play" hides harsh sentiments in poppy guitar riffs. Singer Dexter Holland mocks the school systems that think the solution to school violence is to "keep them separated," to segregate rather than educate the kids about the dangers of carrying guns. As Holland advises his fans, "Hey pay no mind/If you're under eighteen you won't be doing any time."
Offspring's power is in writing anthemic guitar rock that effortlessly slips from genre to genre. From the humorous ska-flavored "What Happened To You?" to the sing-along guitar riff in "No Self Esteem," SMASH is by no means a smash hit, but it has certainly gotten the exposure this one-time hardcore band deserves.

21%off
The Offspring
Ixnay On The Hombre
$27.50 Spring Sale
Add to Cart