Cowboy hero Tim McCoy is a hired gun who must protect ranchers from marauding rustlers. 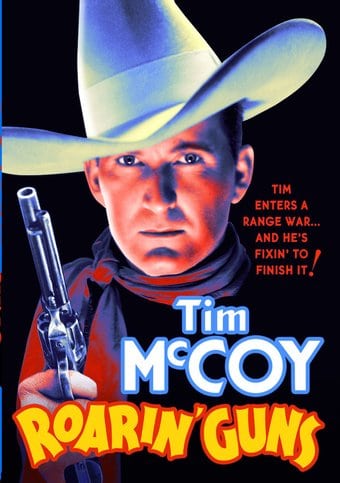 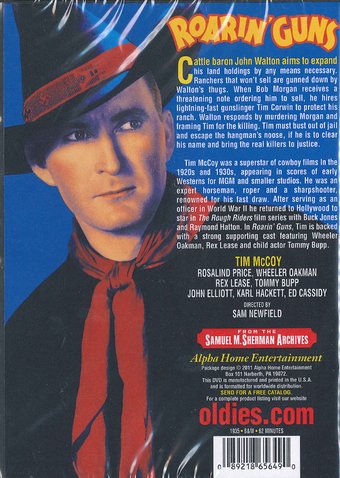 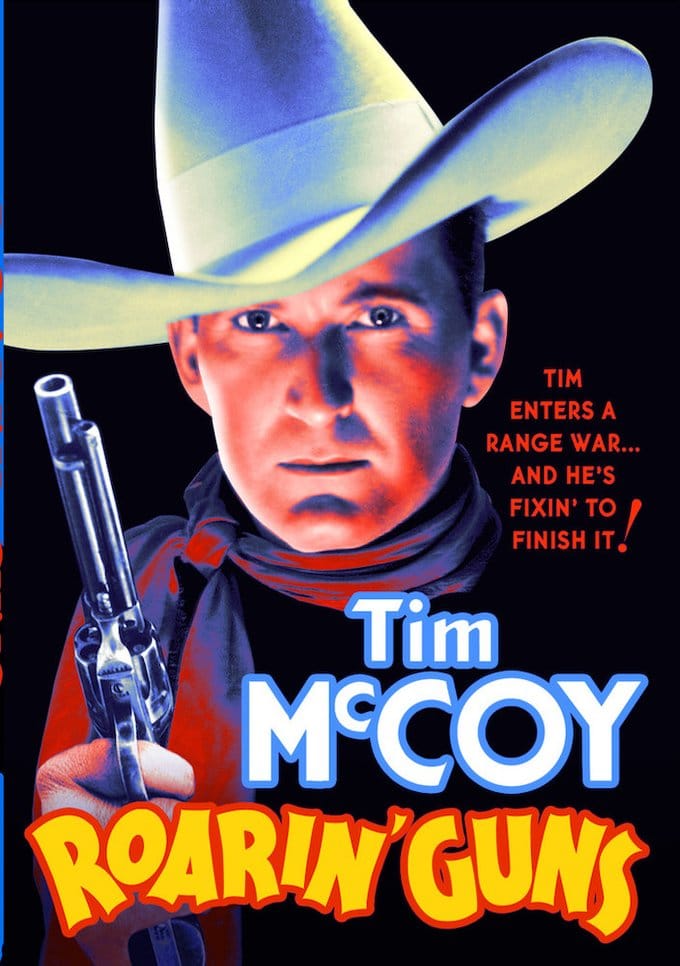 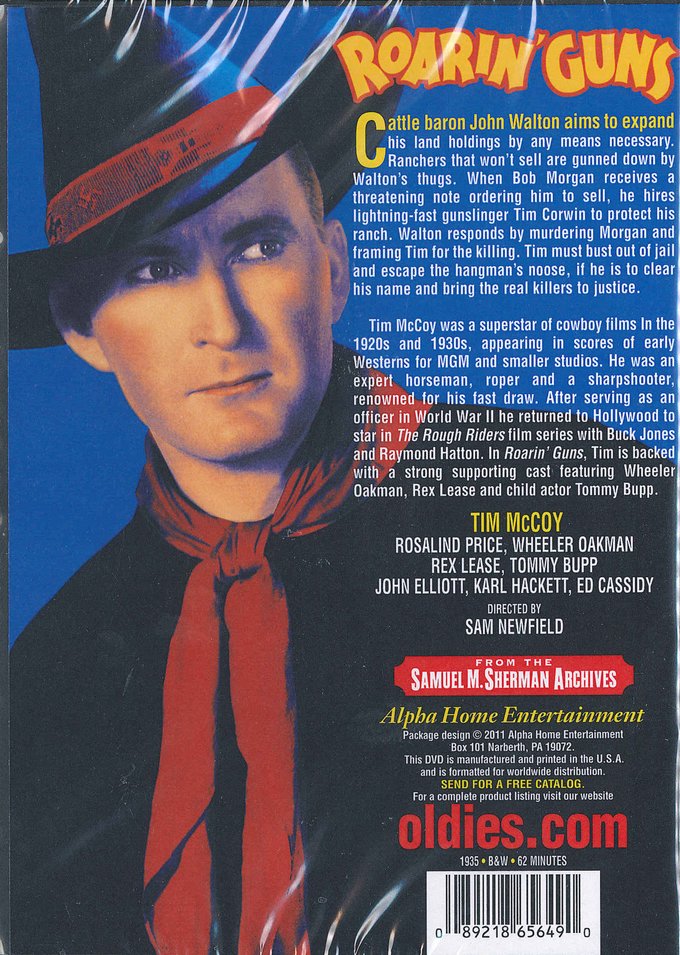 Cattle baron John Walton aims to expand his land holdings by any means necessary. Ranchers that won't sell are gunned down by Walton's thugs. When Bob Morgan receives a threatening note ordering him to sell, he hires lightning-fast gunslinger Tim Corwin to protect his ranch. Walton responds by murdering Morgan and framing Tim for the killing. Tim must bust out of jail and escape the hangman's noose, if he is to clear his name and bring the real killers to justice.

Tim McCoy was a superstar of cowboy films In the '20s and '30s, appearing in scores of early Westerns for MGM and smaller studios. He was an expert horseman, roper and a sharpshooter, renowned for his fast draw. After serving as an officer in World War II he returned to Hollywood to star in The Rough Riders film series with Buck Jones and Raymond Hatton. In Roarin' Guns, Tim is backed with a strong supporting cast featuring Wheeler Oakman, Rex Lease and child-actor Tommy Bupp.

An average low-budget Western from short-lived Puritan Pictures, ROARIN' GUNS starred Tim McCoy as Tim Corwin, an agent for the Cattlemen's Association assigned to look into a range war between settlers and powerful cattle baron Walton (Wheeler Oakman). Tim befriends Bob Morgan (John Elliott), a farm hand whose employer and niece, May Carter (Rosalinda Price), is due to arrive from the East. While teaching Bob's son, Buddy (Tommy Bupp), how to use a gun, Tim becomes a target of one of Walton's henchmen, Jerry (Rex Lease). In the ensuing scuffle, Bob is killed and Walton accuses Tim of the deed. When May arrives, she is told that Tim killed her uncle. With the assistance of little Buddy, Tim eventually manages to convince the girl of his innocence. But the sheriff (Ed Cassidy) is another matter and it takes the concerted efforts of all three to capture Walton. ROARIN' GUNS was arguably the weakest of the ten McCoy-Puritan Westerns; his next release, ACES AND EIGHTS, on the other hand, was the finest entry in the series.

Action | Cowboys | Outlaws
This product is made-on-demand by the manufacturer using DVD-R recordable media. Almost all DVD players can play DVD-Rs (except for some older models made before 2000) - please consult your owner's manual for formats compatible with your player. These DVD-Rs may not play on all computers or DVD player/recorders. To address this, the manufacturer recommends viewing this product on a DVD player that does not have recording capability.