Great Quiz Shows of the 1950s, featuring "Stump The Stars" 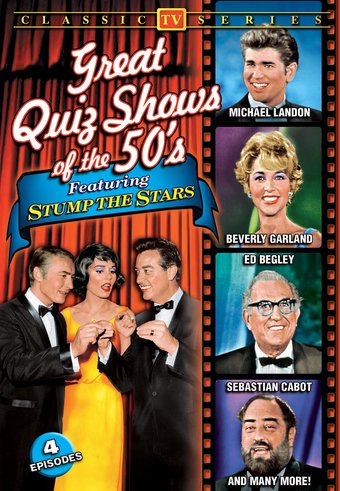 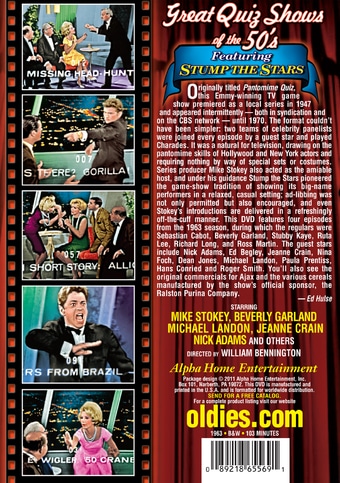 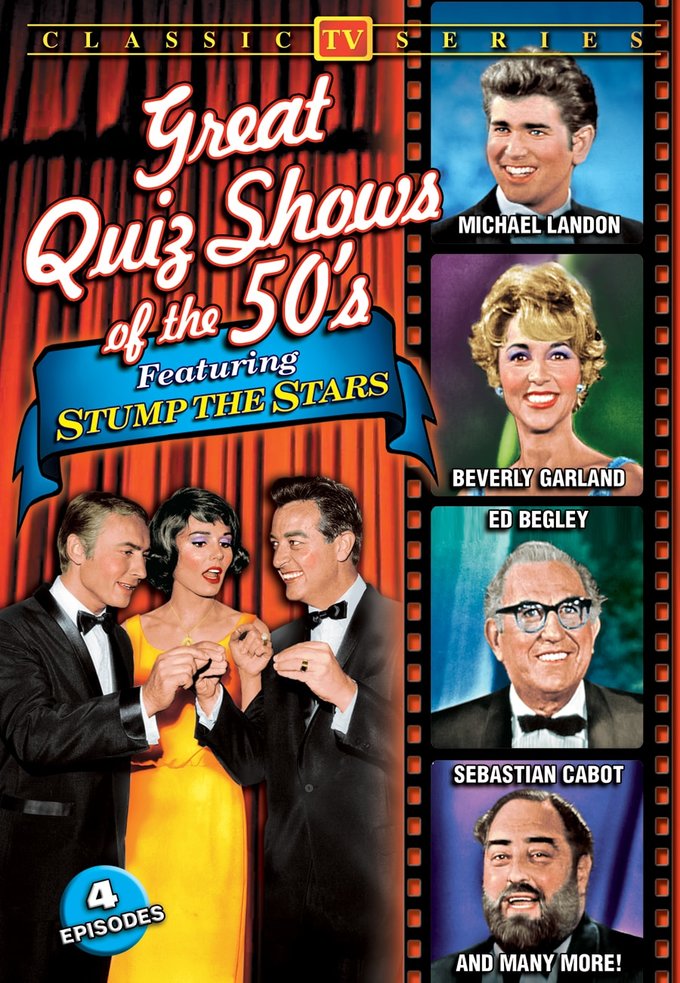 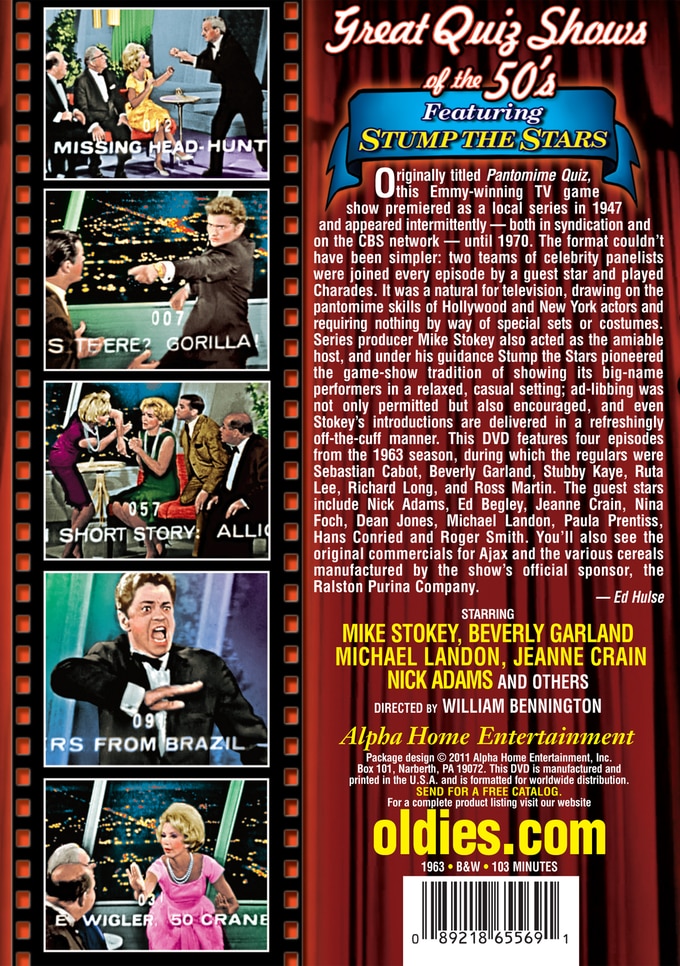 Originally titled "Pantomime Quiz," this Emmy-winning TV game show premiered as a local series in 1947 and appeared intermittently - both in syndication and on the CBS network - until 1970. The format couldn't have been simpler: two teams of celebrity panelists were joined every episode by a guest star and played Charades. It was a natural for television, drawing on the pantomime skills of Hollywood and New York actors and requiring nothing by way of special sets or costumes. Series producer Mike Stokey also acted as the amiable host, and under his guidance "Stump the Stars" pioneered the game-show tradition of showing its big-name performers in a relaxed, casual setting; ad-libbing was not only permitted but also encouraged, and even Stokey's introductions are delivered in a refreshingly off-the-cuff manner.

A program also known as PANTOMIME QUIZ, the game show STUMP THE STARS had the distinction of being one of the only shows in U.S. broadcasting history to air on all four original networks - ABC, NBC, CBS and Dumont. Designed as a summer replacement series, it offered a celebrity-laden variation on classic party charades. Two teams of four individuals each (three regulars and one special guest) would compete with one another to "act out" and identify famous phrases, expressions, slogans, and the like. Enormously popular, the series ran for a stunning thirteen years, and featured such regulars as Vincent Price, John Barrymore, Jr., Milt Kamen, Rocky Graziano and Elaine Stritch. This box set features four vintage 30-minute episodes of the series, with guests including Ed Begley, Sr., Sebastian Cabot, Beverly Garland and Michael Landon.