Francis Langford is the star performer on a mississippi river boat, her medicine man father also on board is mistaken for a notorious bootlegger by two gangsters. 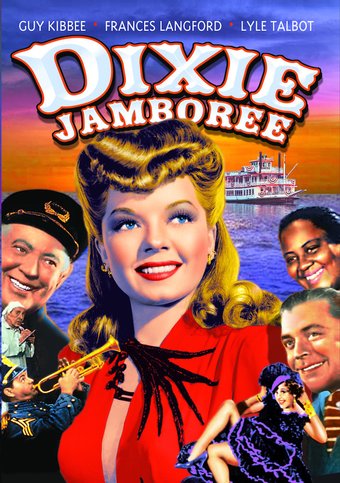 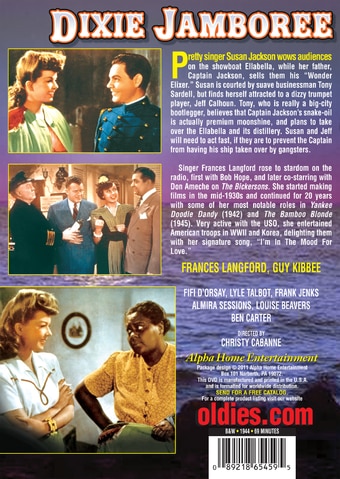 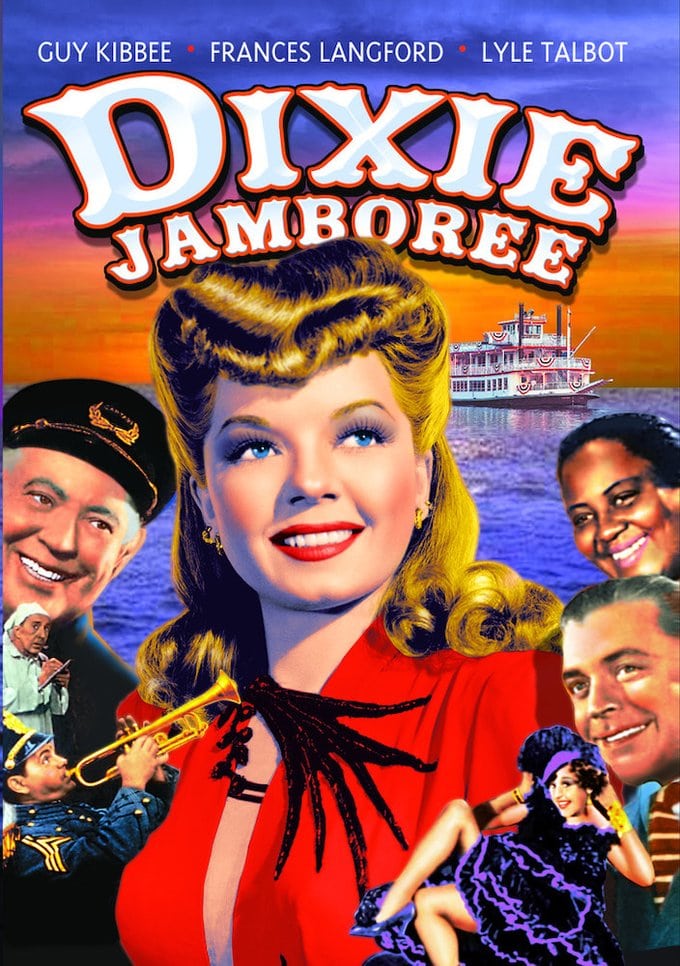 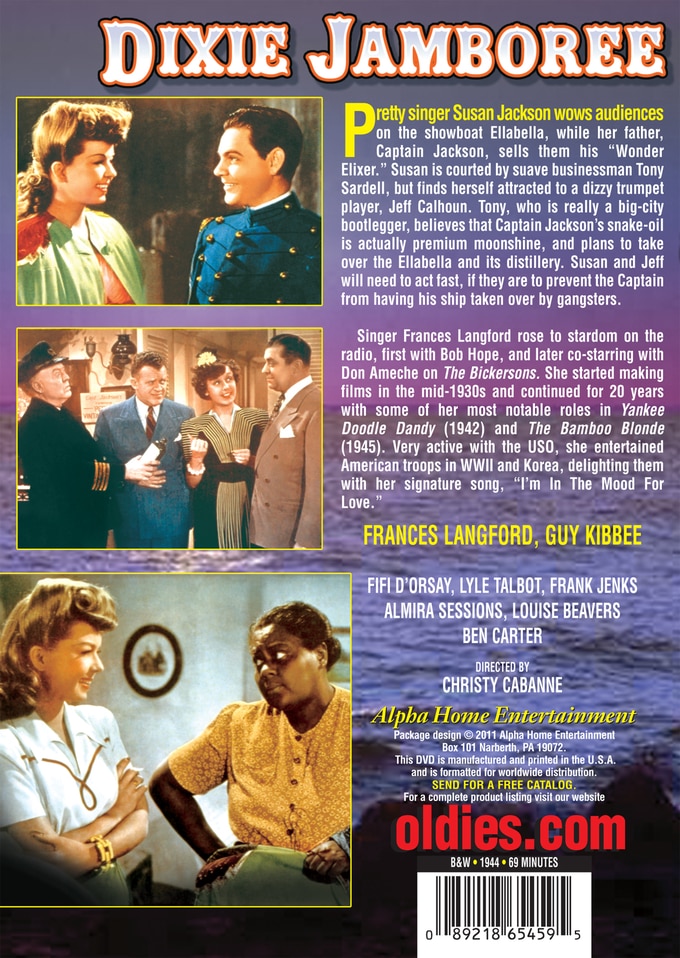 Pretty singer Susan Jackson wows audiences on the showboat Ellabella, while her father, Captain Jackson, sells them his "Wonder Elixer." Susan is courted by suave businessman Tony Sardell, but finds herself attracted to a dizzy trumpet player, Jeff Calhoun. Tony, who is really a big-city bootlegger, believes that Captain Jackson's snake-oil is actually premium moonshine, and plans to take over the Ellabella and its distillery. Susan and Jeff will need to act fast, if they are to prevent the Captain from having his ship taken over by gangsters.

Singer Frances Langford rose to stardom on the radio, first with Bob Hope, and later co-starring with Don Ameche on "The Bickersons." She started making films in the mid-1930s and continued for 20 years with some of her most notable roles in Yankee Doodle Dandy (1942) and The Bamboo Blonde (1945). Very active with the USO, she entertained American troops in WWII and Korea, delighting them with her signature song, "I'm In The Mood For Love."

A gangster looking for a quick getaway jumps aboard the last Mississippi showboat, and right into a musical comedy.